"This is a Bore" - Population & Church Data

Hi, all! I hope everyone had a great Thanksgiving--I did. I also hope everyone tuned into Spike Lee's "Bad 25" documentary on Michael Jackson; it was terrific, but I digress...

I was also able to get some work done during the holiday vacation from work. I've updated the book's preface, and I did a lot of research on Minneapolis population and church data during Prince's childhood (1950s--1970s). Unfortunately, it was very time-consuming and boring. Here is a little taste (click on images for better views):

As I've said in a previous post, this type of research helps me to outline the environment in which Prince grew up.

That's all for this week, folks!

Oh! One other thing--shout out to @VictoR3mix for giving me some info on a Prince website that I missed in last week's entry: mplsound.com. Check out my updated post here.

What Minneapolis-based statistics would you like to know?﻿﻿﻿﻿﻿﻿﻿﻿
Posted by E. Thompson at 7:35 PM No comments:

As I mentioned last week, I've been collecting some Prince-related documents. One of those is Prince and ex-wife Mayte Garcia's wedding program. Prince actually posted it on his website, thedawn.com (now defunct).

Although his attitude toward the Internet has changed, Prince was one of the first major artists to utilize the platform to share his music, projects and, to an extent, his life with his fans. Since the mid-1990s, he's had several websites (all closed). I don't know much about them; researching the sites will be yet another task on my list. Here is a list of websites I know about so far:


That is everything I know. I'm sure I've missed some.

Because Prince occasionally used some of these sites to share announcements about his life, I'm hoping to find more scans of these web pages in the future.

Prince fans: what was your favorite Prince website?
Posted by E. Thompson at 10:00 PM 12 comments:

Last week was a FANTASTIC week for the Prince book! A lot of great things--minor and major--happened for me. Unfortunately, I can't share too many details for various reasons. Here is a general overview of a few things that I'm excited about--and why I'm keeping them under wraps: 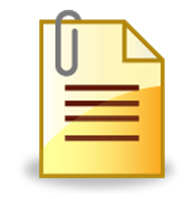 In the previous blog entry, I mentioned that I was ordering some Prince-related public documents. I received the first of such documents in the mail last week! Anyone can order a copy of the document, but I won't mention where I got it from--I don't want to ignite a flood of requests for these documents (not that I have tons of blog readers just yet). By the way, Prince is a respected figure in Minneapolis, and many people are extremely cautious when they respond to requests for information. 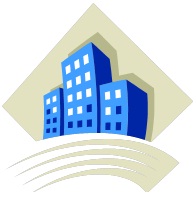 I feel that I've found two potential gold mines of Prince-related artifacts and articles in two locations. These places are available to the public, but I'm going to keep them secret--I need to stay competitive among other Prince biographers (until I'm published, then I'd be happy to help other serious researchers with positive intentions). 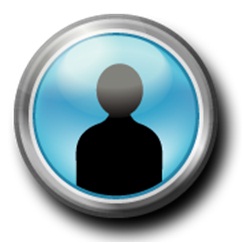 Finally, here is the biggest news of all: I talked to a very special person on Friday. I can't say who it was, but there is a chance that Prince may find out about me.

I am feeling very lucky and encouraged, but there is still a lot of work to do! No matter how hard it gets, I will never stop believing in this project. It will get done!

Do you like my fancy graphics?
Posted by E. Thompson at 10:50 PM No comments:

"The Chord Strikes, Devil No Like" - the "Parade" Album

I had a nice vacation--well, it was really a "staycation" because I didn't go anywhere. I did take some time to work on the book, and I was excited to talk to another person who attended Prince's childhood Seventh-day Adventist church. I was able to get a great anecdote from him. I also made some progress ordering some Prince-related public documents (birth certificate, marriage certificate, etc).

I want to talk about something that is top-of-mind for me today--Prince's 1986 album "Parade," which is also the soundtrack to his second film, "Under the Cherry Moon."


So...I don't know much about this album. I was listening to the album at work, and I realized that I've probably only heard the full album about four times. As many of you know, Prince has a huge discography of released music (let's not even get into the "vault"). In the current version of my book, I've analyzed a good chunk of his albums, but there are some that I still need to spend some time with, and "Parade" is one of them (unlike Matt Thorne, I will not reference every song that Prince has ever written, but I will cover all albums between 1978 and 2004).

I've been familiar with "Kiss" (of course), "Anotherloverholeinyohead" (one of my all-time favorite Prince songs--so funky I can barely take it) and "Sometimes it Snows in April" for some time. The others are pretty much new to me. So far, I'm really feeling "I Wonder U" and "Under the Cherry Moon." I'm also amazed that the album is so concise--I'm used to extended jams from Prince.

However, my personal taste is not important. I'm looking forward to analyzing the spiritual themes in the album and the movie.


Though I own the movie, I only saw it once years ago, so I don't remember much. I'm looking forward to watching it again with an analytical eye. Also, I now have some first-hand information about the making of the film from Prince's former press agent, Howard Bloom, who was working with him at the time.

What are your favorite tracks from "Parade," and what did you think of "Under the Cherry Moon?"
Posted by E. Thompson at 7:58 PM No comments: