"They Love Me Too Much" - Who's Talking Prince on the Web?

A few months ago, I made a list of people talking Prince on Twitter.  As part of my research, I’ve also started to keep an eye out for other blogs, articles, posts and videos about Prince on the Web at large.

I thought I’d share a handful of search results—some silly, some serious—that I’ve found over the past few weeks. Enjoy!

1) This little girl likes Prince...A LOT. She even has a special message for him in the video.


2) The good news is that there are numerous posts about Prince on Tumblr. The bad news is that many of them are GIFs, which I personally can’t stand--they hurt my eyes. For those of you who love them, you can find a sample here.

This is an interesting one. When I saw the title for this post in Jacqueline J. Holness’ s blog, which she describes as a “forum for Christians,” among other things, I thought it would  be about Prince’s spirituality. It turns out that she just used Prince’s song “Controversy” to frame the post.

Ok, so I'm not familiar with this type of writing (is this considered fan fiction?). People are writing fictional stories based on Prince and/or his work here.

6) The A.V. Club reviewed "I Wanna Be Your Lover" last month. I thought it was an interesting read.


Prince has also been in the news for allegedly putting together an outdoor show in St. Paul, but you can see those types of stories on Prince.org and Princefams.com. I just wanted to give you a taste of some quirky content that you may not easily find.

Which one of the above is your favorite?

“Don’t You Touch My Stereo!” – New Gift & Other Updates 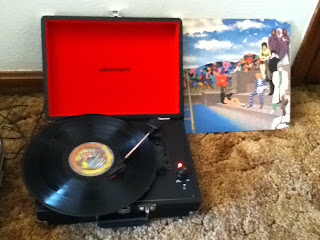 Ever since I moved in my new apartment, I’ve been talking about getting a record player, and my boyfriend surprised me with one last Saturday! As you can see, he also gave me my first Prince vinyl record—“Around the World in a Day” (he bypassed “1999,” “Sign O’ the Times” and “Parade” in our local record store, but he still came home with a good choice).
I’ve been so excited to hear Prince’s albums on vinyl, especially after learning about the benefits on the Peach and Black Podcast’s first “Sign O’ the Times” episode (see my comments about the show here). I’ll be making a trip of my own to the record store to get that classic album.


As I mentioned some time ago, analysis of Prince’s performances is an important part of my book. My new record player will make listening to his albums even more fun!
Besides my new gift, I have some other updates for you:

Thanks for sticking around!

"Remember All the Way Back in the Day?" - Interview with Art Erickson

As I promised last week, I have details to share about my interview with former Park Avenue United Methodist Church youth group leader, Art Erickson. Prince participated in the church's summer programs from sixth to ninth grade.

Erickson was very, very kind and patient with me. I enjoyed speaking with him and even transcribing the interivew afterward!

Other writers have interviewed Erickson, but I contacted him because I want to rely on my own research as much as I can. I also wanted Erickson to elaborate on some things I'd read.

Erickson provided more details about Prince's involvement in the church. We talked about the messages that Prince would have heard in sermons from Dr. Hinerman, the pastor at the time. Erickson also shared his input on Prince's early music, and those anguished chats with God onstage during the "Purple Rain" tour.

Of course I asked Erickson the same question I asked Gayle Chapman and Howard Bloom: "Are you surprised that Prince is a Jehovah's Witness now?" The responses have been so intriguing. Chapman said, "No," and Bloom said, "Yes." Erickson gave the same answer as Chapman.

My chat with Erickson really showed me that I need to learn more about the Jehovah's Wintess doctrine. We discussed it a little bit, and I'm not sure I comprehend it as well as I thought I did. I'll be heading back to the library soon...

As for other sources, Erickson recommends Jimmy Jam, of course. I told him that I wanted to speak with Keith Johnson, the pastor who presided over Prince's wedding to Mayte, and Keith's brother Kirk, who was the best man. Erickson said that Kirk, who was a member of Prince's New Power Generation band, would be the "key person," because he knew Prince better (I wrote Keith a letter a couple weeks ago, but I haven't tried Kirk just yet).

Erickson gave me his blessing to mention that I spoke with him, and to follow up with him, if needed. Also, like many other people who knew Prince in the early years, he wishes he could chat with him today. In fact, a few years ago, Erickson wanted Prince to compose music for a movie that was filming in Minneapolis, but he couldn't reach him.

"You can keep in touch with me," he said, "and you can put on the Intenet that you talked to Art Erickson, and he'd love to talk to Prince again."

Prince, did you get that? They still love you.

Last Thursday, my computer crashed. When I logged on, I was greeted with a message that said my laptop was in critical condition, and there was something wrong with my hard drive. I literally watched my files disappear, one by one, from my desktop. Next, I was prompted to purchase file recovery for $80. The first thing I thought was, "what about my Prince book?" 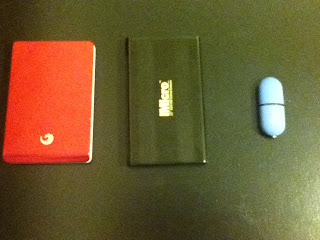 Luckily, I have the current draft of the book and all of my research saved on the pink and black external hard drives and blue flash drive. I was so relieved that I'd recently saved an updated version of my interview transcripts on the flash drive--I would have lost my mind if I had to re-type the five-hour interview with Howard Bloom. I also have hard copies of almost everything. Unfortunately, I lost some new notes that I'd jotted down for the book, but that information was not crucial.

It turns out that I'd acquired a virus that wiped out all of my files. I correctly guessed that the file recovery prompt was also part of the virus, and I took it to a local computer shop. I paid $150 to get Windows 7 re-installed on my laptop. I don't download music, but I was told that I could have received the virus from any website, such as Facebook, which is rampant with viruses, apparently. The technician also gave me a couple other tips based on his experience:
I was always fairly good at backing up my files, but now I'm going to back up each day. I'm not sure how many important files, other than the Prince material, that I lost. I'm not looking forward to finding out. I did lose a lot of my music, though, including some Prince tracks. What a pain!

Some good things happened, so the week wasn't a total loss.  I interviewed Art Erickson, Prince's youth group leader at Park Avenue United Methodist Church! I will post about that interview next week!

I'd also like to give a shout out to Rakabash, one of my readers who passed along some very important content for my book! Thanks so much!