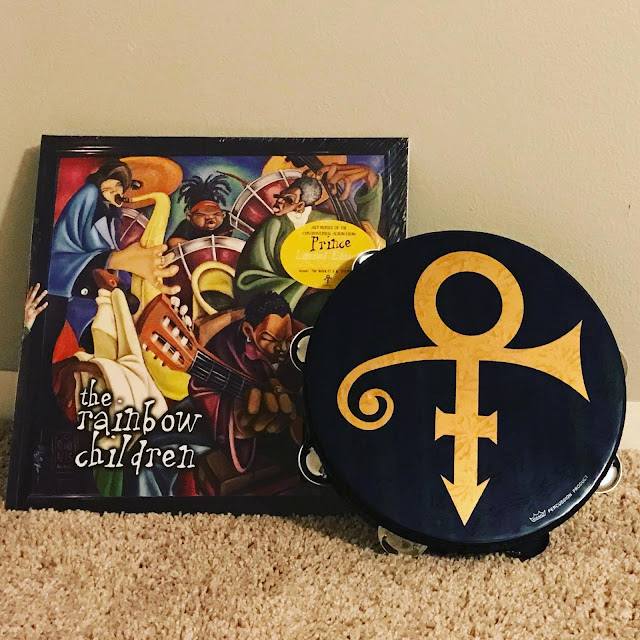 In honor of the legacy reissue of The Rainbow Children, Prince's 2001 spiritual masterpiece, I've highlighted some Bible verses that are referenced on the album. I used the New World Translation of the Holy Scriptures, which is the Jehovah's Witness text Prince studied during this time.

On Prince's 1988 spiritual concept album, Lovesexy, he stated, "Save me, Jesus. ... You are my God." On The Rainbow Children, which is more rigid in its presentation of Biblical doctrine, he is careful not to equate Jesus with Jehovah. Still, the latter record is, in many ways, a love letter to Christ.

When Prince sings, "The covenant will be kept this time," on the title track, he is referring to an agreement between God and humanity that yields forgiveness of sins through the sacrifice of Jesus. Many Christians believe that this covenant was foretold in the Old Testament.

When Prince mentions a scripture directly, it makes interpretation of his lyrics a little easier. On "Muse 2 the Pharaoh," he speaks about the qualities of the ideal wife--according to Biblical wisdom. The section of Proverbs describes this woman as resourceful, business-minded, hardworking, wise, kind and pious.

Because this is Prince, there's a lot more to consider, including subtext about his real-life marriages and a perception of women that some may find problematic. There are also references to race that have been debated ad nauseam in the fan community.


3) "We heard of your faith in Christ Jesus and the love you have for all the holy ones because of the hope that is being reserved for you in the heavens. You previously heard about this hope through the message of truth of the good news." - Colossians 1:4-5

Evangelism is a major part of the Jehovah's Witness faith. Followers seek to spread their beliefs, which they refer to as "the truth," to as many people as possible, and continuously practice strategies for effective communication. In their literature, they cite the scripture above to emphasize the importance of their mission.

Prince echoes this sentiment in the song, "The Everlasting Now."

Subscribe to my newsletter for updates on my book on Prince's spiritual journey. Click here.
Posted by E. Thompson at 10:04 PM 7 comments:

"Computer Blue" - Song of the Month


"Computer Blue" was the subject of the first music theory assignment I did during my senior year of high school. I can't remember what I was trying to demonstrate; perhaps it was the musical change near the middle of the song. After all, it was that section that took my breath away when I watched the movie for the first time a year earlier. I grew up knowing about legendary black guitar players, but I didn't engage with them regularly. Watching the "Computer Blue" performance changed that; the melody of the second section is simple, but it was so beautiful to me, and I had to know everything about this clearly amazing guitarist, who was so connected to every note he was playing. I was a disciplined musician at the time, preparing to go off to college to study flute performance, which I would do for two years before starting a long journey to becoming a journalist. Prince inspired me as an instrumentalist and as a writer. In college, I did more assignments on him and began the work that would eventually become my book. I spend a lot of time promoting this post-'80s work, but "Computer Blue" will always be important to me. It still takes my breath away.


Subscribe to my newsletter for updates on my book on Prince's spiritual journey. Click here.
Posted by E. Thompson at 7:08 PM No comments:

My rendition of "Eye Hate U - Quite Night Mix."

Drop flute requests in the comments!

Subscribe to my newsletter for updates on my book on Prince's spiritual journey. Click here.
Posted by E. Thompson at 10:01 PM 6 comments:


As unique as he was, Prince's music, ideas, career and life experiences did not exist in a vacuum. Many before him navigated the same hurdles.

As an artist, Prince was able to make interesting and often profound statements about sexuality and spirituality. But, at times, he struggled with the limitations of his image as a sex symbol, especially as his spiritual beliefs shifted over time. The same challenge was faced by his predecessors Little Richard, Al Green and Marvin Gaye. I've explored their stories in my book.

Donna Summer had a similar tale. A versatile singer and complex woman, she was pigeonholed by her "Queen of Disco" moniker and "sex goddess" persona. A highly religious woman, she had a spiritual awakening in the late '70s, and became more intentional about using her talent for a righteous purpose. But she grappled with how to serve God and her fans at the same time.

I recently read her 2003 memoir, Ordinary Girl: The Journey. Here are some things she has in common with Prince, spiritual and otherwise.

It's not uncommon for black singers to get their start in church. Born Donna Gaines in 1948 in Boston, the future superstar made her debut at her African Methodist Episcopal church. "I could hear God's voice clearly and distinctly inside my head, saying, 'You're going to be famous,'" she wrote. "That's power, and you are never to misuse it.'"

Summer had multiple, spiritual experiences growing up. She recalled becoming aware of God's presence in nature at 5 years old. A short time later, she said she became aware of God's protection when she nearly drowned. And at 19, she was convinced she'd met an angel, when an old, white-haired man stopped her on the street and predicted that she would have an opportunity to move overseas and become famous. Then, he disappeared.

"I started to weep right there in the street--not tears of sadness or fear, but an outpouring of all my emotions that had been stirred by the angel's vision and prophetic words," she said.

Prince had his own encounter with an angel, though he didn't retain the memory. It was an experience his mother recounted to him. Apparently, after suffering from epileptic seizures during his childhood, he informed his mother that an angel told him he wouldn't be sick anymore. Sure enough, he got better.

But Prince didn't share any other reports of God or angels speaking to him during his youth. He acknowledged God as the source of his musical inspiration, but that seemed to be a realization he came to gradually as he progressed in his career and his faith.

However, religious themes permeated his music from the beginning. He'd been exposed to Christian beliefs as a child in both Seventh-day Adventist and Methodist churches. A youth leader remembers Prince participating in choir, but not often; he didn't develop his singing chops there.

Prince honed his skills playing in bands and doing session work in Minneapolis. At 19 years old, he signed a three-album deal with Warner Bros., becoming the youngest person in the label's history to produce an album.

Summer was also 19 when she was offered her first recording contract by RCA in 1968. Prior to the opportunity, she'd spent years performing at church and in singing groups before joining a rock band, the Crow, and moving to New York City. However, instead of going forward with RCA, she auditioned for a European production of the musical Hair, and moved to Germany, where she lived and made a name for herself for the next seven years.

Summer was drawn to the 1960s counterculture both on- and offstage. "I could feel there was something more than just music in the fresh air of the sixties, and I was breathing deep, taking it all in," she said. "It was the beginning of a great liberation."

Prince was also drawn to the culture. Though his career took off in the '80s, he explored the theme of liberation through sexual freedom in his early songs like "Uptown," "Partyup" and "Sexuality." And, of course, he built his Paisley Park paradise in Minneapolis.

Both future Rock and Roll Hall of Famers were catapulted to superstardom around the same age; Prince at 26 in 1984 and Summer at 27 in 1975. Prince became an icon with his Purple Rain movie and album, while Summer broke through in the U.S. with her No. 2 hit, "Love to Love You Baby."

Prince had long been viewed as a rebel with his sexually explicit lyrics, revealing costumes and gender-bending image. His 1984 song "Darling Nikki" prompted Tipper Gore to form the Parents’ Music Resource Center, which eventually developed the "Parental Advisory" labels on albums.

"I'd never intended to sing the song that way," Summer wrote. "[It] happened simply because we had run out of words, and I had to do something to fill the time."


Summer was immediately bothered by the content and her portrayal in the media. "Even a Time magazine article described me as the Queen of Sex-Rock, which I found appalling," she wrote. "As far as I was concerned, singing 'Love to Love You Baby' was just an acting exercise."

After years of playing up his sexual side, Prince began to feel the tension between the sacred and profane in his music as early as the Purple Rain tour. His onstage monologues about love versus lust and his belief God seemed to hint at an internal struggle.

Summer also wondered if she was pleasing God.

"Because of my strong religious faith, I felt very guilty about allowing myself to publicly be made into a false and prurient sex goddess," she wrote. "Don't get me wrong, sex is a beautiful thing in the right context, and I'm not a prude. But flaunting myself in this manner went totally against my moral grain."

Before long, both she and Prince would take steps to reconnect with their faith.


Subscribe to my newsletter for updates on my book on Prince's spiritual journey. Click here.
Posted by E. Thompson at 9:23 PM 3 comments: 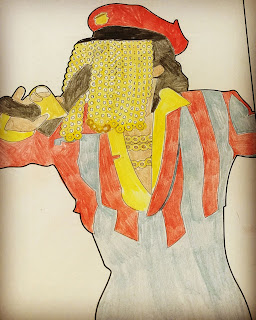 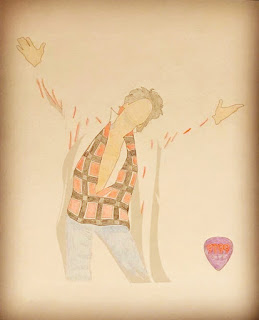 "If I was somebody else, writers and critics would be all up in the way the chords work and the keyboard lines. They just write off my slow jams." 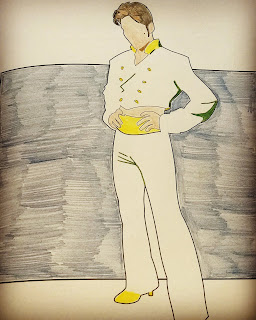 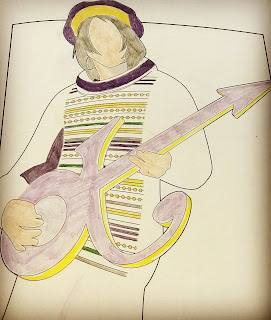 "I really don't like categories (for my music), but the only thing I could think of is inspirational. And I think music that is from the heart falls right into that category, people who really feel what it is that they're doing. And ultimately all music is or can be inspirational. And that's why it's so important to let your gift be guided by something more clear."

Subscribe to my newsletter for updates on my book on Prince's spiritual journey. Click here.
Posted by E. Thompson at 2:16 PM 3 comments: