Check out my presentation, "Graffiti Bridge: Prince’s Sacred Triumph over the Profane," from the #DM40GB30 Symposium

Song of the Month - "The Greatest Romance Ever Sold" 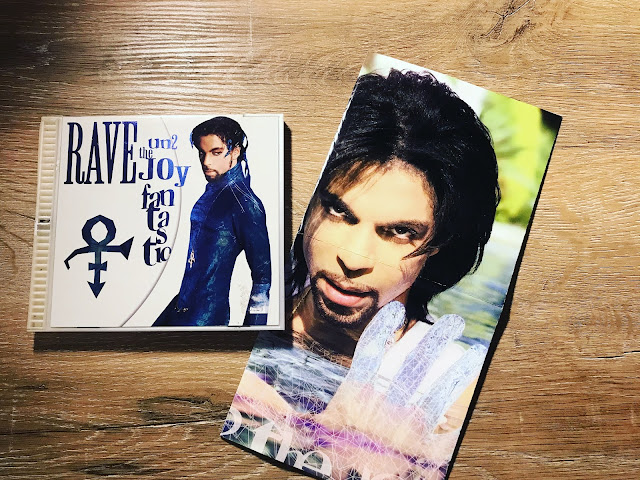 Released on Arista Records in 1999, Rave Un2 the Joy Fantastic was supposed to be Prince's "comeback" album. Unfortunately, it failed to make an impact in the mainstream music industry. He and label head Clive Davis reportedly hoped the first--and only--single, "The Greatest Romance Ever Sold," would appeal to women and teenage girls. I was in the latter group and I actually remember seeing the video on BET or MTV, so the marketing was on point. During that time, I knew some of Prince's classic music and respected his talent, but I was not engaged. I thought the song was interesting, but his look was odd to me. I remember noticing his eye shadow and thinking, "I don't really understand this aesthetic," but in junior high-level language, of course. I was fully into the boy bands and young, R&B groups of the day. Other than his attempts to design "The Greatest Romance" to fit into that sound (to a point), Prince was an outlier for me. Frankly, I thought he was weird and a little scary. It's funny; I see some of this thinking in my teenage niece's perception of Prince today. Just a few years later, I would watch Purple Rain and then listen to The Rainbow Children and become a superfan. Now, I actually love the song and the video. He and his co-star are absolutely gorgeous. It is my favorite track on Rave, which is my least favorite album in his discography. It's sexy, slick and has an intriguing, Arabic-influenced melodic line. The lyrics are poetic. I also like how much he is feeling the beat in the video and in the Rave Un2 the Year 2000 concert film. Is it his strongest song? No. But I love how Prince can't help but make quirky musical choices even when he's attempting to make a conventional product. 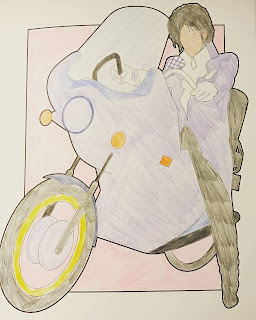 “The most important thing is to be true to yourself, but I also like danger. That’s what is missing from pop music today. There’s no excitement and mystery--people sneaking out and going to these forbidden concerts by Elvis Presley or Jimi Hendrix. I’m not saying I’m better than anybody else, but I don’t feel like there are a lot of people out there telling the truth in their music.” 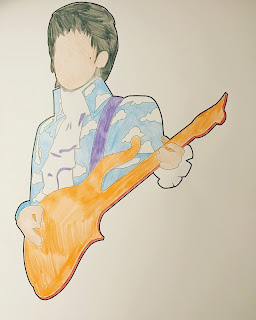 "Not long ago I talked to George Clinton, a man who knows and has done so much for funk. George told me how much he liked Around the World in a Day. You know how much more his words mean than those from some mamma-jamma wearing glasses and an alligator shirt behind a typewriter?" 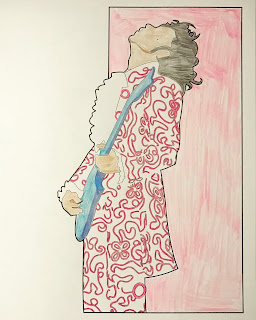 "When one is alone, one should try talking to God. It worked for me. It's not going to make your problems go away, but it just makes it easier to cope with. It makes you feel that there is some place to go. The pain becomes less. The hurt becomes less. Loneliness becomes less. And everything, all your problems, becomes so small."

View my favorite quotes from the '90s here.

"Heavenly Angels Crying" - Why Prince is a Beast at Vocal Arrangement - Pt. 1

"Every voice that he's adding is a different character he made up in his head." - Chuck Zwicky, engineer
*Photo by Scott Woods
Painting by Lisa McLymont 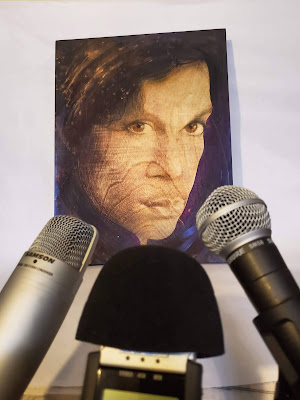 
Notable Tracks (Ranked)
13) "Planet Earth" - It's a slow burn and not made for heavy rotation, but once you make it through, you'll be blessed with some vocal gems and a soaring guitar solo.
Best Part: 2:40-3:21
12) "Last December" - Sometimes, Prince will tease a vocal arrangement that you wish would go on forever. I would've loved to see him stand onstage with a group of backup vocalists, just singing his heart out a cappella. If anyone has this footage, hit the "contact me" button on this website.
Best Part: 7:03-7:30
11) "The Sacrifice of Victor" - Speaking of short bursts of inspiration, the "Amen" coda is everything.
Best Part: 5:26-5:32
10) "An Honest Man" - This has never been my jam, but I have to admit the harmonies are impressive.
Best Part: 0:00-0:43
9) "For You" - I love that the first song on Prince's first album has these beautiful, stacked harmonies; it lets you know this was a talent and interest he had from the beginning, and we should pay more attention to that.
Best Part: 0:04-0:47
8) "Tamborine" - I often forget how quirky and cool Prince's harmonies are on this because I'm too busy air drumming and doing the screaming part.
Best Part: 1:55-2:10
7) "7" - Prince's mastery of unique, stacked vocals is only matched by his mastery of apocalyptic messaging.
Best Part: 0:00-0:35
6) "Condition of the Heart" - A brilliant, odd, interesting Prince classic. Sometimes, he hits a note that takes your breath away. Clara Bow would agree.
Best Part: 5:07-5:25
5) "Thunder" - Even fans who are really hard on the Diamonds and Pearls album have to admit this song is inventive and dope. We're also seeing a pattern of amazing a cappella openings, aren't we?
Best Part: 3:00-3:24
4) "And God Created Woman" - Some of Prince's strongest songwriting, from the Biblical subversion to the musical arrangement to the vocals.
Best Part: 1:33-1:53
3) "Come" - Very underrated in terms of music, meaning and vocal arranging.
Best Part: 10:20-10:30
2) "Gold" - That can't-get-out-of-your-car-til-the-song-is-over, tears-stinging-your-eyes brilliance.
Best Part: 6:05-7:23
1) "Adore" - How did he hear all of this in his head?
Best Part: 2:18-3:02; 5:45-6:31

*Check out the Spotify playlist here.

Elixir - This might be his best work as a writer and producer on a female protégé's album. Is Bria Valente the strongest singer? No. But I truly believe her voice was a good match for Prince's vision, and she conveyed his vocal arrangements really well.
(You may @ me.)
20Ten - Prince made an excellent choice hiring Shelby J., Liv Warfield and Elisa Fiorillo Dease to do background vocals. As Fiorillo Dease said, they were his "angels."

Notable Live Material
"Dark" - Speaking of the trio of women on 20Ten, there's a rehearsal featuring their harmonies on this song. Beautiful.
"Now" - Prince was smart to isolate the background vocals during "The Ultimate Live Experience" tour. If he didn't emphasize that vocal arrangement, I never would have heard it buried on the recording. He should've opened or closed the track with that alone.
"The Second Coming" - If you want to attempt to make the return of Jesus Christ compelling for your listeners, this is the way to do it.
Subscribe to my newsletter for updates on my book on Prince's spiritual journey. Click here.
Posted by E. Thompson at 11:18 PM 1 comment: