"All the Hippies Sing Together" - Purple Reign Conference Recap

I'm still digesting my experience at the Purple Reign conference at the University of Salford in Manchester, England. The first of its kind, the academic conference brought in dozens of scholars from all over the world to present their research on various aspects of Prince's life and career in front of a public audience. I was fortunate enough to be among the presenters, and I thought I'd share some of my impressions, pictures and videos of the event, which took place May 24 - 26.

First, I was shocked and saddened by the May 22 suicide bombing at Manchester Arena. I'm glad I was able to attend the May 23 vigil in Albert Square to honor those who lost their lives.


The Purple Reign conference organizers proceeded with the event as planned, demonstrating a resilience I saw time and time again across the city. The conference was also a needed source of positive energy; I can't describe the amount of love I felt among my fellow presenters and Prince fans.

On the first night, we were treated to a Q&A with Prince's former guitarist Dez Dickerson. I'd read his autobiography, so I knew a lot of the information he shared, but it was delightful to engage with him face-to-face. He was humble, funny and candid. He also played guitar for us, which was so surreal.

I also got a chance to ask Dickerson about Prince's spirituality. I'll include more details (and the video!) in a future post.

The next two days were filled with presentations on "all aspects of [Prince's] creative output and the ways in which it intersects with video, performance, literature, theatre, film, digital culture, design and fashion," as described on the conference website. These presenters were not your average Prince fans gushing about their favorite artist. They were serious students and professors drawing from a wealth of scholarly research.

If you're having trouble understanding how one person could generate an entire conference, here's my very simple summary (which I also found myself explaining to Customs officials in airports): Prince recorded about 40 studio albums and allegedly thousands of unreleased songs; he pushed boundaries with his lyrics, fashion and sometimes androgynous image; he is partly responsible for the Parental Advisory label on recordings; he changed his name to an unpronounceable symbol and wore "slave" on his face in the midst of a legendary battle with Warner Bros. for control of his master recordings; and he was one of the first artists to utilize the internet to distribute his music directly to his fans. He also played multiple instruments, wrote and produced nearly all of his music and maintained a high standard of performance in his record-breaking live shows that is arguably unmatched by very few, if any, of his contemporaries.

With that said, here are my thoughts on just a handful of the presentations I witnessed:

Keynote speaker Sarah Niblock, who co-wrote Prince: The Making of a Pop Music Phenomenon, broke down Prince's style in fascinating ways that included discussions on everything from macaronis to zazous. 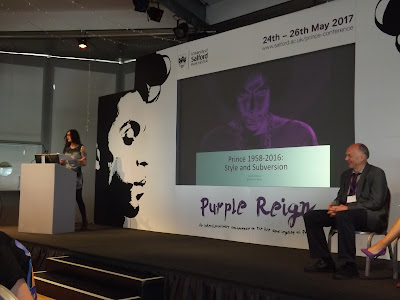 Although Prince often dismissed his link to Jimi Hendrix ("It's only because he's black. That's really the only thing we have in common," he told Rolling Stone), Tom Attah outlined the connection in his presentation on Prince and the postmodern blues aesthetic. Also, who knew Prince's "5 Women" borrowed heavily from B.B. King's "The Thrill Is Gone?" (hint: not me.) 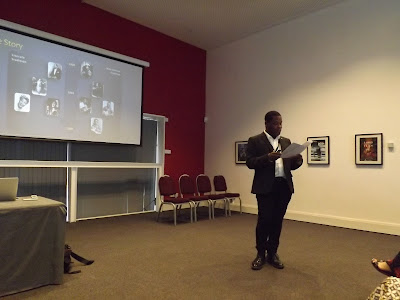 Andrea Foy regaled us with intriguing stories of her Paisley Park adventures over the years (she even danced with Prince, you guys!). I'm looking forward to finding out more in her book! 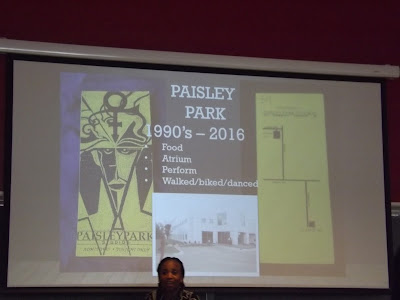 I think I learned the most from the "esoteric French panel," otherwise known as Joni Todd's presentation on the similarities between Prince and painter Marcel Duchamp, and Karen Turman's examination of Prince and 19th-century dandyism. It would have never occurred to me to look into those topics.

Chris Aguilar-Garcia, Scarlett Brown, Natalie Clifford, Leah Stone and Shannan Wilson provided interesting presentations on Prince and gender and sexuality studies. I think this was the most eye-opening segment for me because I never took time to view Prince as a queer, gay or trans icon. I realized I don't have a monopoly on interpreting Prince--he means so many different things to so many different people. At the same time, I was glad the presenters addressed Prince's contradictory statements and behaviors regarding these topics.

I was one of the last presenters, and I was very happy with my performance. I will provide more details, along with video footage, in a separate blog post. 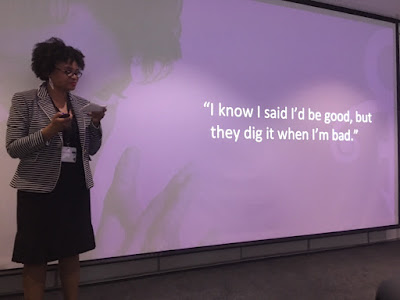 Other highlights from the conference included a viewing of "Under the Cherry Moon" at the Home theatre and more:

There was a special Q&A via Skype with Prince's cousin, Chazz Smith, who provided some endearing stories about Prince's childhood. I really wanted to ask him about his #justice4cuz campaign on social media, but I didn't want to bring the room down. I'm still wondering what that's about... 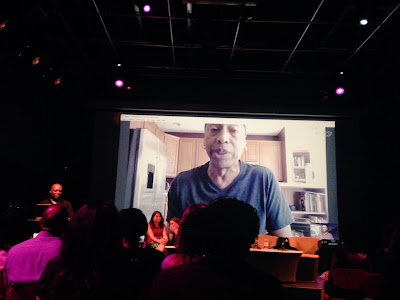 I met Casey Rain of the legendary prince.org website, and his Violet Reality partner, Kim Camilia. 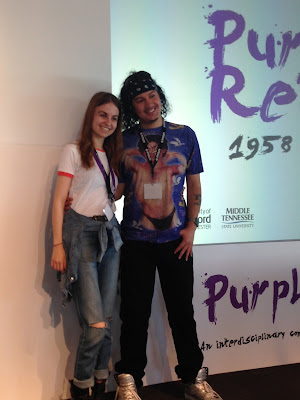 We had an awesome dance party on the final night of the conference.

This is the moment when I started sobbing at the conference. It was hard seeing Prince's image projected everywhere, but the organizers saying their farewells really got to me. I still can't believe Prince is gone, but I find comfort believing he achieved so much and he's finally at peace. I also hope to use his example to live my life to the fullest. 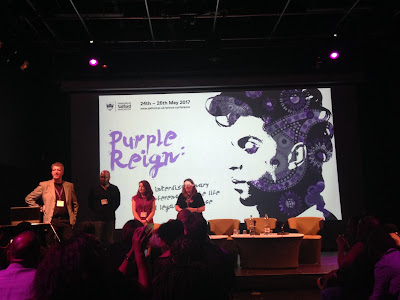 It really helped to have other folks there whose lives have been impacted by the artist. The best part of the conference was being able to fellowship with people who are really like family now. 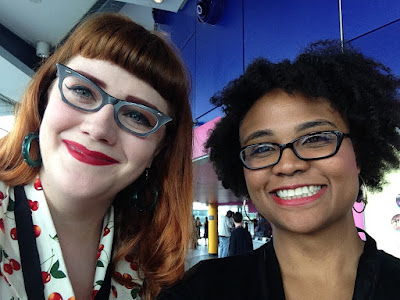 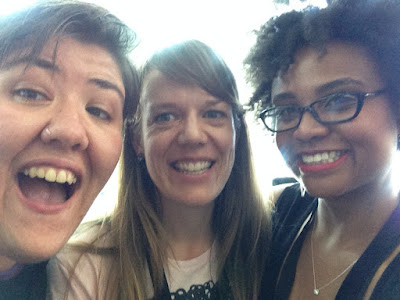 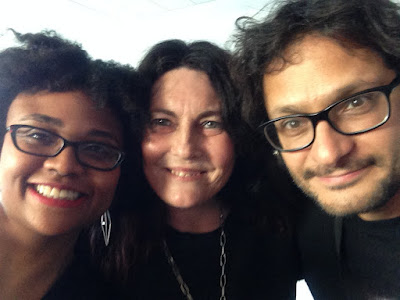 This was definitely one of the best weeks of my entire life. Thank you, Prince. 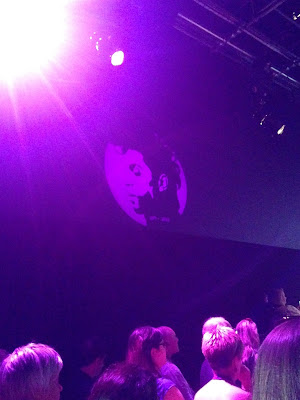