'What if Half the Things Ever Said Turned Out 2 Be a Lie?' - One of Prince’s Richest, Weirdest and Most Intimate Albums Gets a Limited Reissue 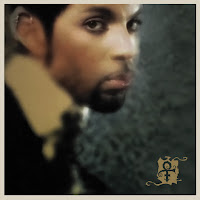 Ever since Warner Bros.’ expanded reissue of Purple Rain opened the floodgates of posthumous Prince releases in 2017, the focus of most fans and critics has (understandably) been on the wealth of material still languishing in the legendary Vault. But there are still plenty of gems that were released during Prince’s lifetime, now hiding in plain sight and worthy of our attention. Saturday’s special Record Store Day release of 1998’s The Truth is the perfect case in point: More than a mere collector’s curio, it marks the first standalone physical reissue of one of this prolific artist’s richest, weirdest and most intimate albums.

Like much of the Artist Then-Formerly Known as Prince’s output from the latter half of the ‘90s, The Truth was a victim of circumstances both inside and outside his control. The album was initially planned for release in 1997, as a follow-up to the previous year’s Emancipation; but when distributor EMI’s American division folded into Virgin and Capitol Records, these plans were scrapped. A single release of the title track, backed with “Don’t Play Me,” was made available in early 1997 from the Artist’s 1-800-NEW-FUNK mail-order service—an innovative release strategy that also happened to make it ineligible for chart placement. When the album finally came out almost a year later, it—along with the even more obscure jazz fusion effort Kamasutra—was sold exclusively in a bundle with the three-disc Crystal Ball compilation. According to PrinceVault, there were at some point plans for a standalone retail release in 2000; but these, too, failed to materialize.
The bitter irony of all this is that The Truth was arguably the Artist’s best—and certainly his most fascinating—album in years. Recorded toward the end of the original run of MTV Unplugged—and toward the beginning of the similarly-formatted VH1 Storytellers—The Truth seems at first glance to share with these series an equation of stripped-down acoustic arrangements with “authenticity,” musical or otherwise. But it quickly becomes evident that something a lot more interesting is afoot, as the raw Delta blues pastiche of the opening title track is gradually invaded by pre-recorded sound effects: first a ticking stopwatch, and later a series of what can only be described as UFO noises.

This undermining of the “unplugged” premise pervades The Truth in ways both subtle (like the unsettling sound of a radio tuned between stations that bubbles beneath the surface of “Don’t Play Me”) and overt (like the ostentatious and, frankly, ridiculous synthesized trumpet on “Man in a Uniform”). With its prominent synth and programmed drums, a track like “Circle of Amour” is no more “acoustic” than, say, “Forever in My Life” from 1987’s Sign “O” the Times; even the genuinely stripped-down groove of “3rd Eye” can’t resist throwing in a few synthesizer swells and layered vocal harmonies, not to mention an elastic bassline by Rhonda Smith of the NPG.

The album’s lyrics play a similar trick. Parts of The Truth are among the most personal songs in Prince’s catalog. “Don’t Play Me” is a searing rejection of the “mountaintop” of mainstream stardom, while “Comeback” is a heartfelt tribute to Amiir, the infant son he and wife Mayte Garcia lost in late 1996. Both “Dionne” and “One of Your Tears” are barbed love letters to singer Dionne Farris, with whom he’d had a dalliance earlier in the decade. Vegan anthem “Animal Kingdom,” while less traditionally autobiographical, is the Artist at his most literal, with lyrics that sound like copy from a PETA campaign set to music. Elsewhere, however, he seems to use personal details as a kind of misdirection: On “Circle of Amour,” for example, he grounds the setting at his own high school (“Tenth grade Central in September”), then uses that setting to weave a lurid fantasy worthy of a Penthouse Forum letter.
All of which is to say that The Truth is a lot more complex than its simple, declarative title suggests. It’s worth noting that the title track never gives a concrete definition of “the Truth,” instead running through a series of “Controversy”-style questions: “Questionnaire, What did U stand 4? / Questionnaire, Who did U save?” By the time the album released in 1998, the Artist was growing less comfortable with these kinds of answerless questions. In her 2017 memoir The Most Beautiful: My Life with Prince, Garcia recalls her husband meeting Larry Graham and praising his spiritual convictions: “‘That man’s faith is so certain,’ he said. ‘There’s no room for doubts or fears.’” In the years to come, the Artist would use the phrase “the Truth” specifically in reference to his newly adopted (and Graham’s long-held) Jehovah’s Witness faith; but at the time of the album’s recording, the concept for him was something a lot more slippery and less concrete.

In short, The Truth is an album that revels in unsettling its own binaries: acoustic and electric, “authentic” and constructed, and yes, even truth and lies. It’s an album that every Prince fan—even those who had lapsed by the late ‘90s—needs to hear. And, while a limited vinyl release on Record Store Day isn’t exactly the wide exposure it deserves, it is in keeping with its obscurantist original release strategy. Just, please don’t try and flip it on Discogs—at least until I can get my hands on a copy. 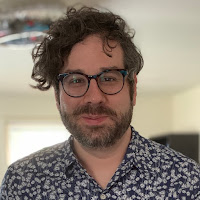 Zachary Hoskins is the author of Dance / Music / Sex / Romance, a song-by-song chronological blog about the music of Prince.

If you want to donate toward paying guest writers, purchasing products for giveaways, or acquiring research materials, her cash app is $ericawrites.