From conception to the final stitch, it only took Larry McKenney 12 hours to complete his quilt honoring Prince.

"I was thinking about his different songs, and one of my favorites that he did was 'When Doves Cry,'" said McKenney, a 73-year-old resident of Villa Hills, Kentucky. "I used that theme and I decided to do a portrait of him playing his guitar and a dove in the corner with tears coming out of it. [I wanted] to capture that feeling of sadness that he had in the song."

McKenney's quilt will be featured alongside approximately 80 others as part of the "Prince Tribute Tour," a free, traveling exhibit. It will be on display in Cincinnati on Dec. 9 - 22 at The Barn, a space managed by The Woman's Art Club of Cincinnati. (Artist Rick Metz's custom-made guitar furniture will also be on display.)

"I used to listen to a lot of his music," said McKenney, a retired teacher and respected quilt artist. "I liked to keep up with what my students were involved with and a lot of them liked his music. So I said, 'OK, I've got to find out what this guy's about.'" 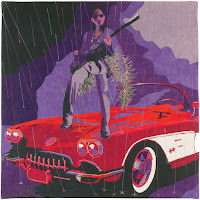 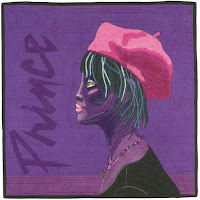 The exhibit is sponsored by Cherrywood Fabrics, a textile company in Baxter, Minnesota, that specializes in unique, high-quality, hand-dyed fabric. Since 2014, it has hosted public quilt challenges based on themes ("Wicked," "The Lion King," "Van Gogh" and "Bob Ross"). Participants must work with a limited color palette and construct small quilts (20 inches long, 20 inches wide). Independent jurors select finalists and winners.

The challenges have gained international recognition, with the quilts being displayed everywhere from the Minskoff Theatre in New York to quilt shops in Canada.

"We are really proud of how this challenge has grown over the last few years," said Donna Anderson, show coordinator for Cherrywood Fabrics. "The creativity and the inspiration that people have come up with to make these quilts are nothing short of stunning."

For the Prince challenge, contestants were asked to use the artist's work and image to "push themselves creatively" and "think outside the box." They were instructed to use purple Cherrywood fabric, known as "The Prince Bundle," for 70 percent of the quilt.

The owner of Cherrywood Fabrics, Karla Overland, was planning to feature Prince for a while, according to Anderson.

"Because Paisley Park is in the Twin Cities area, we felt that it was an important challenge that we should put out to the public," Anderson said. "We did hear some feedback that some people were not a fan of that particular artist, but that's OK because we drew in another group of maybe younger people that took part in the challenge. So, overall, we felt that the challenge was well-received."

The collection includes impressive images of music notes, doves, raspberry berets, little red corvettes, guitars, keyboards and, of course, Prince and his symbol. (Unfortunately, the quilts aren't for sale at this time.)


Susan Austin is responsible for bringing some of the Cherrywood tours to The Barn, where she is a volunteer coordinator for the Fiber Arts program. She taught art classes and sold potholders--including purple ones in Prince's honor--to raise money for shipping and rental costs.

"My whole goal is to share my own personal love for fiber, for art and for making things out of a ball of yarn that are amazing," said Austin, who will bring part of the "Bob Ross" collection to The Barn in November 2020.

To enhance the experience, Austin curates soundtracks for each exhibit. On Dec. 5, the Woman's Art Club Cultural Foundation sponsored a preview party for the "Prince Tribute Tour," complete with music, hors d'oeuvres and purple cocktails.

Austin said Prince's song "1999" is one of her personal favorites.

While The Barn is the last stop on the "Prince Tribute Tour," Anderson said there's a "real possibility" all of the Prince quilts will be displayed at Paisley Park--two hours from Cherrywood Fabrics--in the near future.

In the meantime, quilting enthusiasts can try their hand at the next challenge, inspired by Princess Diana. And beginners are welcome.

"We encourage you to try it because we've had people that have tried it for the first time and they've actually won ribbons," Anderson said. "Don't be afraid of it." 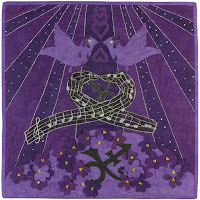 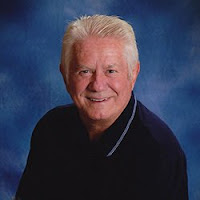 But the accolades aren't important to McKenney, who also participated in the "Van Gogh" and "Bob Ross" challenges.

"I'm always excited just to get a piece accepted," he said. "I don't care about winning awards. ... It just makes me feel honored that they have so many entries, and that mine was judged good enough to be in the show."

The street is residential and parking is free. The exhibit is on the second floor and the building is wheelchair-accessible. Visit www.artatthebarn.org for more information.