“You Can Call Me a Dreamer Too” - How it All Began 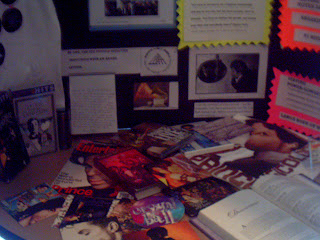 I never imagined that I’d be writing a book on Prince. A few years ago, I was content being an ordinary fan. I cheered him on when he showed up and showed out with Beyoncé at the 46th annual Grammy Awards. I went to the 2004 Musicology tour at the Gund Arena in Cleveland. I bought the 3121 album, which debuted at #1 on Billboard in 2006, and Planet Earth the following year. Like everyone else, I gawked at his rain-soaked silhouette at Halftime during the XLI Superbowl. Then, in my senior year of college, I took a biography class, and everything changed.

I was never even supposed to be a fan. Born one year after the release of Purple Rain, I am constantly hearing, “Aren’t you a little young to be into Prince?” Perhaps I would agree if past events hadn’t unfolded the way they did. It just so happened that I caught a re-run of Purple Rain on BET, eight years ago, during my senior year of high school. One scene especially caught my attention: the performance of the song “Computer Blue.” Shirtless and blindfolded, Prince kicks over the microphone stand and performs a hypnotizing guitar solo during the rousing rock number. Although fairly simple, the melody burned into my brain. I knew in that moment I had discovered an extraordinary musician. I was hooked.

The biography class assignment at Northern Kentucky University was only required to be 15 pages. I wrote 40. I continued my research through an independent study, and gave a presentation for the school’s Celebration of Student Research and Creativity. By graduation, I had amassed 80 pages. When I volunteered at Cleveland’s Rock and Roll Hall of Fame and Museum, the Education Programs Manager was kind enough to review my work and give me encouraging feedback. Thus, the quest to complete and publish my first book was born.

Have there been other books on Prince? Sure, there have been several. However, Willing to do the Work: the Spiritual Mission of Prince focuses on one distinct area of the artist’s life: religion. In the midst of his newfound popularity, fans and journalists alike express their bewilderment by a noticeably changed Prince. Once known for salacious songs and performances, the superstar is now a conservative dresser, self-censored lyricist and a devout Jehovah’s Witness. Through research on biographies, interviews, lyrics and performances, Willing to do the Work makes the connection between the rebellious revolutionary of the past and the spiritual servant of today. This is the first book to provide an in-depth examination of Prince’s spirituality throughout his life and music.

I was never supposed to be writing a book on Prince, but I am. Getting it right and getting it out has become one of my professional goals. I hope you’ll come along for the ride.
Posted by E. Thompson at 11:33 AM