"I think people grasping for religion are afraid of hell and I think he'd been through enough hell to where he was grasping for spirituality."

In 2013, I interviewed Cheryl Sonny Thompson, who worked as a production assistant for Prince's Rave Un2 the Year 2000 concert, which was broadcast on cable on New Year's Eve in 1999 and later made available on video. 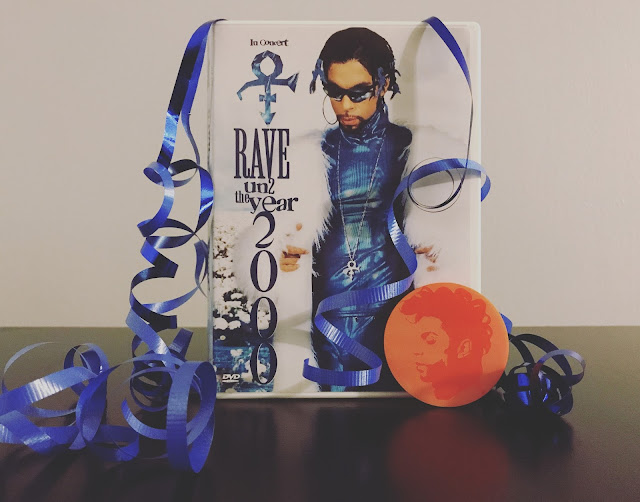 I think I had to stay up until about midnight two days in a row to catch Thompson on the phone, but I didn't mind, of course. And like many of my interviews for this project, there were coincidences or twists of fate; besides sharing the same last name, Thompson and I are both from Cincinnati, Ohio.

But there's something else. I hadn't listened to this interview in years, but returning to it this week, I discovered it validates something I've been looking into recently: Prince's possible spiritual transformation in the last years of his life, and 2013, in particular, as a significant turning point. So revisiting this interview now--and hearing Thompson's perspective on Prince's spirituality in 2013--was perfect timing.

That really assures me that things (including the completion of this book) happen when they are supposed to, which, oddly enough, was a topic a Prince fan and I were discussing just before I transcribed this interview.

Of course Thompson also shared her opinion of Prince's spirituality when she worked with him at the turn of the century, just before his conversion to the Jehovah's Witness faith. In fact, the impact of the religion on Prince's was on display during the Rave show, where he memorably (at least to me) changed the lyrics of "Gett Off," rapping "23 scriptures in a one-night stand" instead of "23 positions in a one-night stand." He also changed the the title and lyrics of "The Cross" to "The Christ" because Jehovah's Witnesses don't believe Jesus was crucified on a cross.

I asked Thompson if Prince's performance of "The Christ," alongside his spiritual mentor Larry Graham, was moving.

"It must not have been moving because I don't remember that performance," she said. "My most memorable performance of the night was when he and Lenny Kravitz did 'American Woman.'" For what it's worth, that is a great performance, especially with Prince doubling Kravitz' vocal line on the guitar near the end. Re-watching it inspired me to learn more about their friendship, which Kravitz described in a beautiful tribute in Rolling Stone.

I'm actually looking forward to watching the whole DVD again. From what I remember, I enjoyed seeing Prince playing the drums, and the return of former NPG member Rosie Gaines. I recall not caring for the backup dancer. But I digress...

Thompson also had some experience working, not directly for Prince, but in his "sphere" in the 1980s. She did, however, walk right up to him and ask him a question: "Do you think that you've reached the Dionysus syndrome?"

During our interview, Thompson compared Prince to Dionysus, the Greek god of wine and--wait for it--religious ecstasy, among a slew of other things. How perfect! Someone far more knowledgeable than I am needs to write a paper on that topic.

Thompson and I also talked a little bit about Prince's sister Tyka, his ex-wife Mayte Garcia, his battle with fear, and some of his other personality traits. I found Thompson to be extremely spiritual (not "religious"), which is not suprising, given the amount of people around Prince who were either already spiritual/religious or later became spiritual/religious. Thompson also cited a couple people (not Graham) whom she believes kept Prince spiritually grounded.

I would say most people, if not everyone, I've talked to when Prince was alive said they would work with him again, despite any previous conflicts. Thompson was an exception. No, she didn't bash him, but she offered an honest, understandable reason, and said:


What is your favorite performance from the Rave Un2 the Year 2000 concert?