Last week, the Prince Estate and Sony Legacy reissued three albums from the 2000s--Musicology, 3121 and Planet Earth on CD and (purple!) vinyl. Coincidentally, I've been talking a lot about 3121 lately, from interviewing folks from that era of Prince's career, to doing podcast episodes on tracks from the album. 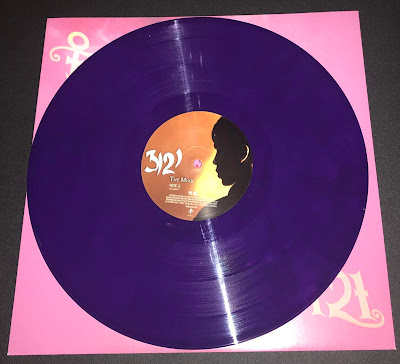 I figured it's as good a time as any to dive into some of the spiritual messages on the project, released in 2006. By this time, Prince was a Jehovah's Witness, and his beliefs certainly influenced the lyrics. However, Prince's pattern of alluding to Biblical scripture on his albums dates back to his early career. For me, that's part of what makes his repertoire so fascinating to review.

In 2004, Prince told Entertainment Weekly that he didn't start reading the Bible until he became a Jehovah's Witness. That used to strike me as odd, but oftentimes when you grow up attending church (as Prince did), scripture has a way of staying with you even if you don't study as an adult. And so much of our American culture, literature, films and TV shows draw on Christian themes.

I often wonder if Prince included Christian imagery in some of his early work either unconsciously or strategically, understanding his listeners would more easily grasp his messages in a Christian framework. On the other hand, it may have been deliberate because he was personally dedicated to those Christian beliefs (I explore those questions in my book).

Despite the religious influence, most of Prince's music was able to captivate fans of all faiths because it also contained many universal messages. The 3121 album is no exception. Even though I've extracted four references to scripture on the project, there's a more general lesson to be gained from each example.

In the song "Love," the scripture is part of the chorus. Prince and Támar sing, "From the abundance of the heart the mouth speaks." In the Bible, Jesus is explaining that the words people speak are indicative of the good or evil in their hearts.

Prince references this idea in the song by exploring one's motives to manipulate or benefit by saying certain things. He also warns against reacting emotionally to gossip. Additionally, when he sings, "Love is free from all this" and "love can do anything," it brings to mind 1 Corinthians 13, aka as the "love chapter" in the Bible.

In the song "The Word," Prince warns of "the treachery of the wicked one." In the Bible, the "wicked one" or "evil one" is a reference to Satan. Prince communicates that the only way to be "saved" is to "know the Word," which could refer to the Bible or Jesus Christ, who is also called "the Word" in scripture.

A universal perspective might warn against falling into traps of temptation--or spiders spinning "sticky webs," as Prince sings--to do something harmful. "Get up, come on, let's do something" could be interpreted as being productive and proactive. After all, idle hands...

On "Beautiful, Loved and Blessed," Prince and Támar proudly proclaim to be God's creations, and thus magnificent and worthy. For example, Prince sings, "I could truly say with all the fame and glory/I was just a piece of clay in need of the potter's hand."

Whether or not one acknowledges the existence of God, the song teaches a valuable lesson about self-esteem and positive affirmations.

4) "For then shall be great tribulation, such as was not since the beginning of the world." - Matthew 24:21

On "Get on the Boat," Prince sings about a "tribulation that will be great throughout the land." This is a reference to the Bible's description of the turmoil to come during the end of the world.

To prepare, Prince encourages people to "get on the boat" or, arguably, join the Jehovah's Witness faith so they may "live together underneath the sun" in paradise on Earth following Armageddon. The statement may also apply to the 144,000 selected to be resurrected to heaven.

Prince also sings, "When we love each other, that's the only way it's gonna be right." From a universal perspective, the song can be interpreted about being friendly with others and building community to better humanity.