"Songs We Used to Sing" - Reflecting on Lotusflow3r 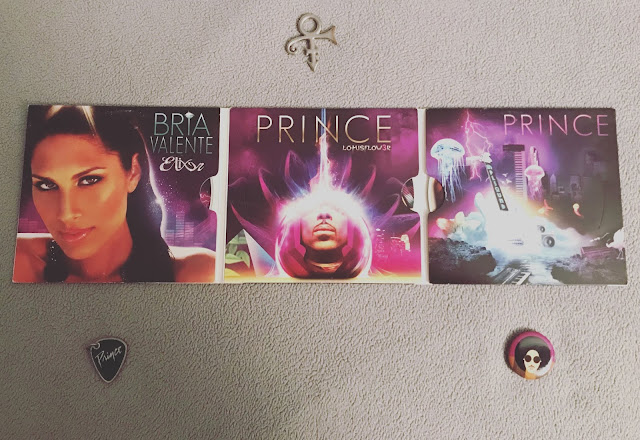 More than any other artist, Prince provided the soundtrack to roughly the last 15 years of my life. I vividly remember walking across my college campus during my freshman year, listening to "What Do You Want Me 2 Do?" from the Musicology album. I can picture myself eating candy in my dorm room, dancing to "Jam of the Year" and "Fascination" from Emancipation and The Truth, respectively (I'd just discovered both albums, thanks to Half Price Books).

I can also see myself sitting at the computer in my college library, freaking out over Prince dropping "PFUnk" in response to criticism from fan sites. I didn't have a purple family at the time, so I only had my uncle (a Prince fan from the early years) to tell.

Ten years ago this week, Prince released his Lotusflow3r triple album. I was between college and graduate school, figuring out what to do with my life while living at home. I figured I'd share some memories associated with each disc.

My most vivid memory associated with this disc is watching Prince perform "Ol' Skool Company" on "The Tonight Show with Jay Leno" on March 25, 2009. In fact, I was "talking to" this guy ("dating" is too strong), and I arrived at his house just in time to watch. I think I was more excited to see Prince than him. Poor dude.

Check out my discussion of "Valentina" on the Prince: Track by Track podcast here.

In 2009, I went to Los Angeles to interview for a position with the Recording Academy. It was a pretty crazy time. For example, I went to the newly opened Grammy Museum, fainted in the elevator from heat exhaustion, iced my behind with a pack of frozen vegetables at my friend's apartment, and ultimately went to the hospital to get an X-ray of my tailbone.

Through it all, I was listening to Lotusflow3r. I distinctly remember playing "4Ever" and being sad about some guy. Also, I didn't get the job.

Click on each song above for my discussions on the "Prince: Track By Track Podcast."

"To all the haters on the internet, somebody's looking at you!" You know who you are. You don't like this album by Prince's protege, Bria Valente, but I do. There are some really beautiful songs and vocal arranging here.

Also during 2009, I didn't have a car, and was using the Cincinnati bus system to get to and from work. I do not miss it. In fact, a man with an open wound sat next to me and nearly bled on me. I thought I was going to pass out at the sight of it, and I was too shy back then to draw attention to myself by instantly moving away.

Anyhow, I remember listening to "Home" over and over on the bus. Everything about this song is dope, from the groove (listen to that acoustic guitar!) to her vocal choices. I also love the idea of finding a sense of peace with another person. In my interpretation, the lyrics provide an intimate peek into Prince's search for that, but through the eyes of the woman who would eventually be his partner. It's a very human moment, and I felt I could relate to him as someone searching for the same thing.

"In your life, there are many houses, but now you finally got a home."

Prince really outdid himself lyrically on this whole album, expressing a lot of his desires and flaws (see "Kept Woman")--all from the vantage point of the woman in the relationship. I need to write more about this underrated album one day.


What are your opinions on--or memories associated with--the Lotusflow3r project?