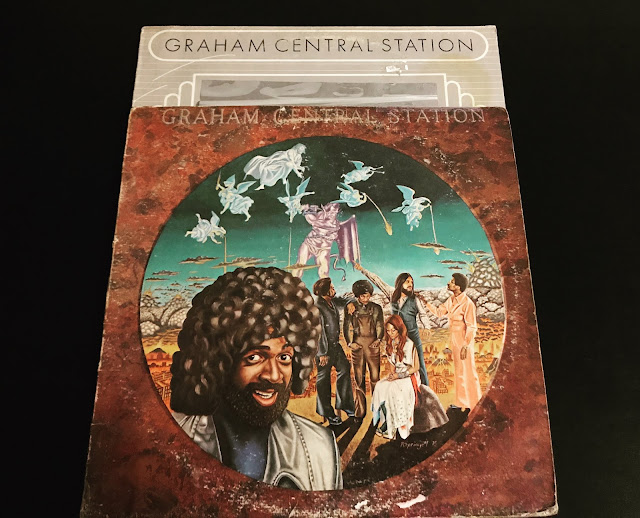 On April 17, the world will be reintroduced to Prince's 2001 album, The Rainbow Children. The release is just one of the Prince Estate's new reissues from the early aughts.

Many Prince fans know The Rainbow Children as the artist's "Jehovah's Witness album." He recorded it in the midst of his conversion to the faith. (He was officially baptized in 2003.) His spiritual mentor at the time was legendary bassist Larry Graham, who played with Sly and the Family Stone before forming his own funk band, Graham Central Station (GCS). Graham also contributed some bass work to The Rainbow Children.

But what were Graham's "Jehovah's Witness albums?" During our interview, he named two Graham Central Station records: Ain't No 'Bout-A-Doubt It (1975) and Mirror (1976). He was baptized in 1975.

Given that Graham Central Station was one of Prince's favorite bands, Prince likely owned both on vinyl. And throughout his career, he performed "The Jam" (from Ain't No 'Bout-A-Doubt It) regularly.


It's not known how Prince felt about the spiritual messages on the GCS albums as a teenager, but he'd eventually preach some of the same ideas as an adult.

"For the trumpet will sound and the dead will be raised up incorruptible, and we will be changed." - 1 Corinthians 15:52

That verse describes the "Last Judgment" by Jesus Christ during the end of the world. Both the living and newly resurrected dead will be judged, and the righteous will live forever in paradise. The concept is depicted on the cover of Graham Central Station's Ain't No 'Bout-A-Doubt It. Jesus, angels and what appears to be a demon are in the sky, while the members of GCS are on Earth, which is in the midst of turmoil.

Larry Graham, however, is smiling. The Jehovah's Witness faith paints "Judgment Day" in a positive light, describing it as "a time of hope and restoration."

Below you can see the similarities between the image and the 1435 painting of the "Last Judgment" by Stefan Lochner. 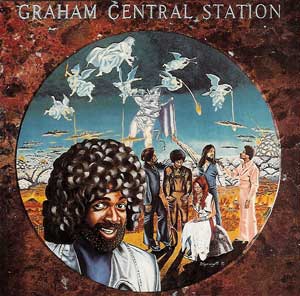 On the back cover, the band members are shown in all white clothing, peering out a window at an orange sky. Perhaps they are angels looking down at the destruction on Earth. One musician is sounding a trumpet. The 1 Corinthians Bible verse is also included on the cover.

Prince similarly referenced the end of the world and the return of Christ in songs like "1999," "Let's Go Crazy," "Darling Nikki," "7" and "Get on the Boat."

In the liner notes, Graham thanks Jehovah, as Prince would later do on his albums. Graham also lists himself as a writer, producer and arranger--a practice Prince would also employ. It must be noted that the GCS album came out on Warner Bros. just three years before Prince made his debut on the record label.

Ain't No 'Bout-A-Doubt It even includes a song, "It Ain't Nothing But a Warner Bros. Party," which shouts out fellow artists--including the Doobie Brothers and Tower of Power--and label executives like President Mo Ostin, who had a long working relationship with Prince. The song is reminiscent in spirit of Prince's "We Can Work It Out," which he wrote as a tribute to Warner Bros. after signing with the label himself. On the song, Prince coincidentally--or intentionally--sings, "Ain't no doubt about it, we can work it out." And at the end, he lowers his voice, Graham-style, to say, "Making music naturally, me and WB."

Neither Graham nor Prince shied away from mentioning both Jesus and Satan in their music, though Graham was more direct.

"Satan's out to get you/Jesus died to save you," Graham sings on "Water." Jesus is also referenced on "Luckiest People."

While Prince mentioned "the Devil" and Jesus on songs like "Eye No" and "Anna Stesia," he would often talk about these Biblical figures in code (e.g. "De-elevator" on "Let's Go Crazy" or the protagonist of "I Would Die 4 U").

"[Larry's] taught me so much about respecting one another, musicians listening to one another, and just the sound of his bass  -- it's undeniable." - Prince, 1999

That scripture is one of the cornerstones of Prince's musical output (see "Anna Stesia"). It also showed up in the liner notes of GCS's 1976 album, Mirror. Graham wrote a dedication to his father, Larry Graham, Sr., who died that same year. Praying that his father "is a part of the resurrection," he also references Revelation 21:4: "And he will wipe out every tear from their eyes, and death will be no more, neither will mourning nor outcry nor pain be anymore."

Prince arguably alludes to the same scripture in both "Elephants and Flowers" and "7."


Graham Sr. is also pictured in the liner notes. He was a jazz musician, just like Prince's father, John L. Nelson. Both Prince and Larry Graham's mothers were also musicians. 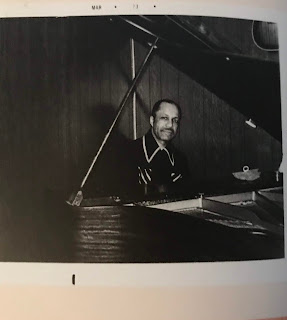 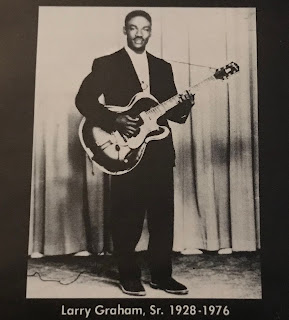 Larry Graham Sr. on guitar and John L. Nelson at the piano


Larry Graham also thanks his wife, Tina, citing Genesis 2:23: "Bone of my bones, flesh of my flesh."

Prince would reference the same scripture in his song, "And God Created Woman."

The cover art for Mirror is a single sheet of reflective foil, seemingly encouraging the listener to examine his or her soul. The album is even more spiritual than Ain't No 'Bout-A-Doubt It. The second track, "Love (Covers a Multitude of Sin)," is taken directly from 1 Peter 4:8: "Above all things, have intense love for one another, because love covers a multitude of sins."

Prince would later employ "Love 4 One Another" as a mantra, website and charity.

"I've worked with other musicians that were great, but they didn't allow me to really have the freedom that I needed to be able to give them all that I could give them. With baby brother [Prince], he allows me the freedom to give all that I can give, and as a result, what we're doing now, when you hear it, you can see that it's coming from the heart, which is why we're touching hearts." - Larry Graham, 1999


GCS included more spiritual messages on "Mirror," "Forever" (dedicated to Graham Sr.) and "Save Me," which is a funk and gospel masterpiece, with incredible vocal, horn and string arrangements, as well as extraordinary bass-thumping by Graham. The musical shift at 2:35, featuring a synthesizer solo, is an amazing moment of understated funk. The song is, undoubtedly, the religious center of the album.

"You should open [the Bible] up to Matthew 24," the band members sing. "And take a look for yourself just what you're living for."


That chapter in the book of Matthew describes the end of the world. Verse 21 states, "For then there will be great tribulation such as has not occurred since the world’s beginning until now, no, nor will occur again." Prince would later sing about avoiding "the tribulation" on his song, "Get on the Boat."

Religion aside, these two GCS albums are dope musically, especially Mirror. The funk and musicianship are undeniable. And even Prince's most religious projects, like The Rainbow Children, are still strong musically.

Though Prince and Larry Graham referenced the same Biblical ideas, Prince was often more covert. Unlike his mentor, he rarely called out explicit chapters and verses in his lyrics. Most of the time, you had to dig to find the references. Other times, Prince would take Biblical text and alter individual words, phrases or points of view to fit his narrative. Because he grew up in the church, he'd internalized scripture. One wonders if he was channeling when he was writing, or if he sometimes sat down with the Bible and a pen and paper.

I wish I could ask him.

Finally, thanks to Larry for the music and for inspiring Prince and numerous other musicians. We have to give these icons their flowers now.


Subscribe to my newsletter for updates on my book on Prince's spiritual journey. Click here.
Posted by E. Thompson at 10:44 PM