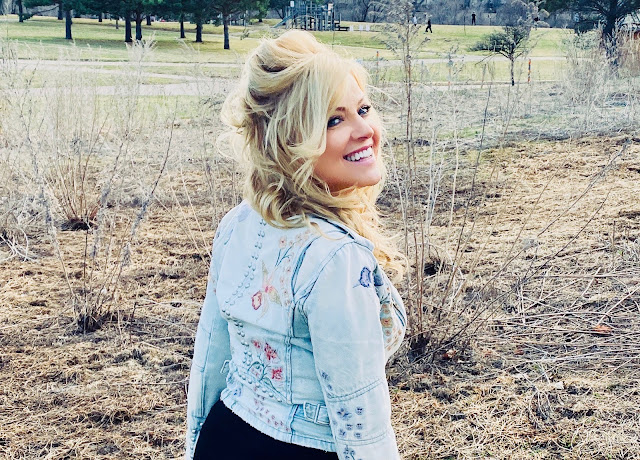 For iconic R&B singer Jody Watley, the 1989 hit "Real Love" was a boost to her already red-hot solo career. For then-unknown Minneapolis singer Jana Anderson, the song was an entrée into the world of Prince.

Anderson covered "Real Love" that year on the local talk show "Twin Cities Live." She had no idea the Purple One was watching.

"I, by chance, was wearing a very 'Prince' outfit," recalled Anderson, who was 21 at the time. "I was wearing 'Prince' boots with the gold buttons on the side and the little heel. [I wore] a crop top. ... I just bought it because I liked it."

He also noticed her singing at the annual Minnesota Music Awards, and then began showing up at Rupert's, a local nightclub where Anderson regularly performed.

"I'd always dreamed of being one of Rupert's singers because they were always the best in town," said Anderson, who was also the runner-up in a Miss Minnesota competition and a contestant on "Star Search" during the late '80s.

Prince's bodyguard informed Anderson that the superstar wanted her to record at Paisley Park. She agreed, and spent the next five years doing session work.

She quickly learned the rigors of working with Prince--on top of her other activities: doing commercials and singing at Rupert's well after midnight, five nights a week.

"I would be asked by Prince to come out after five hours of the 'Running Man' and the 'Cabbage Patch' (onstage)," Anderson said. "And I'm a high-energy girl. I always leave it on the stage."

But she was honored when Prince put her on retainer.

"[I thought], 'If he wants me that badly, I'm just going to have to figure it out and just be tired,'" she said. 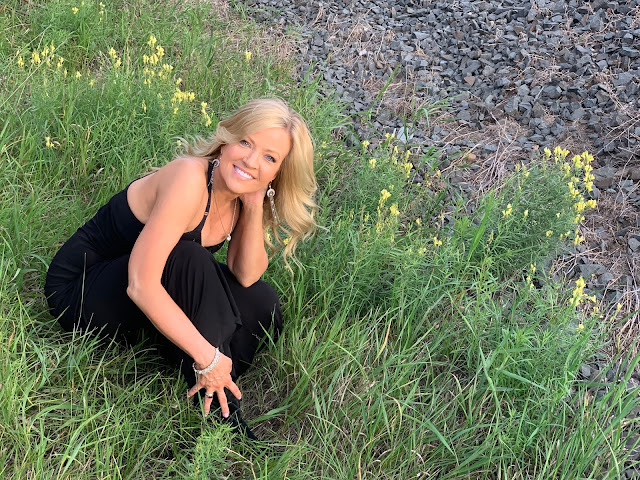 During those early days, Anderson remembers that Prince's studio was dressed up with Batman decorations, including a glass cutout of the bat symbol. (Prince wrote and produced the soundtrack for the 1989 film). And actress Kim Basinger, whom Prince was dating, would be there at times.

Much of Anderson's work for Prince is uncredited or little-known. She can be heard saying "partyman" at the beginning of Prince's 1989 video of the same name. She sang backup on "Miss Thang," a song by T.C. Ellis, a rapper in Prince's camp. She also sang backup on both "Shake!" and "My Summertime Thang" by the The Time.

"I was like the mystery girl," said Anderson, who was sometimes referred to as "blondie" on recordings. "I had no expectations. ... [For] everything he kept handing to me, one thing after another, it was gratitude, like, 'I can't believe I'm doing this,' and, 'I wouldn't have dreamed this.'"

Prince nicknamed her Jana Jade, and even wrote a mid-tempo pop song for her called "Jana Jade's Army," which is in his vault. Anderson also recorded an unreleased cover of The Esquires' 1967 song, "Get on Up." (Prince also recorded a version and later sampled the tune for Carmen Electra's song, "Everybody Get on Up.")

Anderson saved a recording of Prince singing the track to her, along with a voicemail. "He called me and all he said was, 'Let me know where you are,'" she said, doing the requisite "Prince voice" impression.

According to Anderson, Prince also wanted to record a house album with her. She said he would compliment her on the soulfulness of her voice, and he gave her space to interpret the music in the studio.

"He was gracious and sweet," she said. "I've heard people say he was insanely controlling. He was the 180-degree difference with me."

Anderson was also sought after by other musicians in Prince's circle, participating in recording sessions for St. Paul Peterson, Matt Fink and Brownmark.

"I love Jana’s voice," said engineer Chuck Zwicky, who worked with Prince in the late '80s. "She’s got such a wide range but she is really the princess of that 'sexy voice inside your head' thing."

Anderson is featured prominently on the song "MPLS," which was released on Prince's 1994 compilation album, 1-800-New-Funk. It is credited to the band Minneapolis, which included a shifting lineup of musicians: Morris Hayes, the Steeles, Kirk Johnson, Michael Bland, Billy Franze and Kathleen Johnson.

Anderson was no longer working with Prince when the song was released, and had no idea she would be on the final version.

"I thought my voice was going to be replaced by a famous person," she said.

Prince also created an unreleased, animated video for "MPLS," which featured Anderson's likeness. She remembers thinking it was ahead of its time.

"His assistant showed me in the office at Paisley Park," she said. "And I just thought, 'What a drag. I never got any success from this. I never got to promote it.'"


Anderson said she was working with a well-known songwriter who attempted to block Prince from releasing "MPLS." Prior to that, she left Prince's camp to pursue a record deal with Sony Music and work with Oliver Leiber, hitmaker for Paula Abdul and the son of legendary songwriter Jerry Leiber. But, according to Anderson, Leiber was unable to finish her solo album.

Anderson said she has no regrets.

"There were rumors that Prince would sign people and not do anything with them," she said. "And I was a little scared of that. ... I made the best decisions I could at the time with business and doing the kind of music I wanted to do. And Oliver had the kind of music that was really fun."

Anderson went on to work with Fleetwood Mac, Don Henley and Sheena Easton. Around 2008, she spotted Prince on a flight to Minneapolis, and they spent time catching up. He surprised her by suggesting she record a country album, which she was in the middle of doing at the time.

"He just knew stuff," she said. "It was like he was clairvoyant."

"He said, 'I'm really sorry about what happened when we were working together,'" she recalled. "'I don't know if you heard, but I was having a lot of trouble with my record company at that time.' ... Maybe he felt bad I didn't get credit for 'MPLS.' I'm not sure what [it was]."

Anderson also gathered the courage to ask why he chose her among other singers to record for him.

For Anderson, that final memory of Prince is one of many, including the way he smelled ("like essential oils mixed with perfume"), the time he playfully lectured her about eating gummy bears, and the opportunity to watch his impressive work in the studio.

Today, Anderson is still making music in Minneapolis, and she teaches lessons and performs with a tribute band.


She looks back on her career with gratitude.

"I didn't even know how people got a job singing at a bar when I was in high school," she said. "And then I ended up doing all this. Prince was the blessing of a lifetime."


Keep up with Jana Anderson


Subscribe to my newsletter for updates on my book on Prince's spiritual journey. Click here.
Posted by E. Thompson at 3:07 PM