"Annie Christian" - Song of the Month 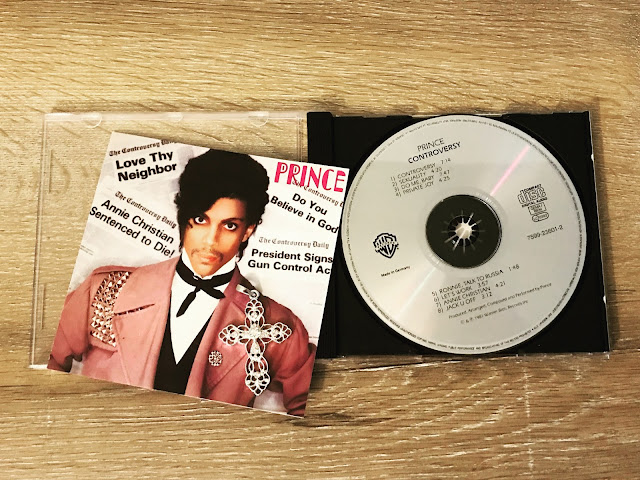 I'm intrigued by "religious Prince" and "quirky Prince," so it makes sense that "Annie Christian" is one of my favorite tracks on his 1981 album, Controversy. Though I was too young to remember the "Satanic Panic" in popular culture, it was alive and well in my Christian household. I grew up believing in the existence of the devil and his effect on the world, which I expected to end at any moment. I will always be interested in unpacking good and evil, and I enjoy analyzing how Prince did this in his music. Discovering "Annie Christian" as an adult, I dug into his narrative of the Antichrist--characterized as a woman--committing real-life crimes (the Atlanta child murders, the attempted assassination of Ronald Reagan, etc.) and considered different interpretations. Beyond the lyrics, I fell in love with the music, a brilliant combination of punk and funk. It's certainly the album's oddest track, with its keyboard wizardry, handclaps and chants, but my favorite part is the way the guitar line adds color throughout the track.

Prince took "Annie Christian" to another level live; there are some musical alterations and both he and Dez Dickerson are absolutely shredding on guitar. It's electrifying! Hearing the song with a full band made me more impressed that Prince composed and recorded all of the parts himself. Before I found other Prince fans online, I tried in vain to turn a couple friends on to "Annie Christian." One liked the line, "I'll live my life in taxicabs," but wasn't moved by the message of looking over your shoulder in a world of unspeakable evil. Another liked Prince as a guitarist, but complained that the live version was "a little too out there." There are plenty of Prince songs I don't like, but I'm not sure any are too weird for me. Perhaps I'll give that some thought for a future blog post...

Subscribe to my newsletter for updates on my book on Prince's spiritual journey. Click here.
Posted by E. Thompson at 7:09 PM