"A Lonely Painter" - Favorite Tracks on "One Nite Alone" 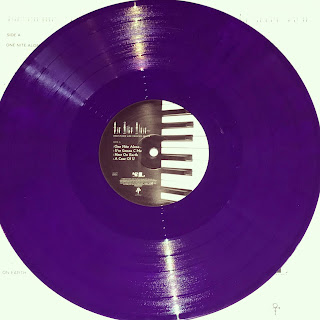 It's no secret that Prince's 2001 album, The Rainbow Children, is extremely important to me. It's really the reason for my life's work--my book. It's funny that I don't have the same relationship with the One Nite Alone album, which was released just one year later. Honestly, it's probably because it just wasn't available to me at the time; I literally plucked The Rainbow Children from my local library. One Nite Alone wasn't there.

I came to One Nite Alone much later in life, and I have many hours to spend with it before I can form an in-depth opinion. But I'm excited to talk about it right now because I can focus on the music and lyrics instead of its connection to my life, with the exception of "Arboretum," which is dear to my heart. 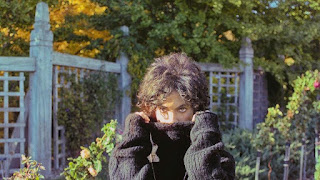 It was difficult to select just a few favorite tracks because the entire album is really strong. It showcases his talent on piano; there are moments when I'm actually shouting, "Come on, Prince!" I'm looking forward to finding even more gems when I listen with headphones. I also hear the influence of Stevie Wonder on both "Objects in the Mirror" and "Arboretum." And Prince's voice, as always, is impeccable.

Prince also shows off his skill as a poet. The songs tackle everything from sex and domesticity to heartbreak and happiness. There's also a discussion of race.

Here are the songs I have on repeat.

In my opinion, this is the best track on the album. I wish it were longer, but I'm happy he brings the theme back in the very next song, "Objects in the Mirror" (what a great metaphor), which I'd like to claim as an extension of "Have a Heart." First of all, I literally wrote down the word "savage" in my notes because the lyrics are biting. You wouldn't necessarily think he was taking digs, given the tone of the music. I can't get the melody out of my head, and his vocal arrangements are golden ("Everybody's had one seeeee").

I get chills each time I hit play. This is one of those occasions when Prince tells a very specific story in a song. There are several layers here. There's shock that some may feel at learning--or being forced to face--the true views of Abraham Lincoln, who is supposed to be an American hero. Then, there's the overall message that Black people do not have total freedom in this country. Think about the Emancipation Proclamation not being immediately enforced and the loopholes in the 13th Amendment--or take your pick from the various forms of systemic racism oppressing people from Reconstruction to the present-day. It's no surprise that Prince also sings about the inequality in the music industry; he mentions another figure, white record producer and talent scout John Hammond, credited with furthering the careers of Black artists like Billie Holiday, Count Basie, Big Joe Turner, Aretha Franklin and George Benson. Though Hammond is beloved and celebrated, Prince may have been concerned about possible exploitation of Black artists, and their introduction to a music industry that has historically swindled them out of ownership of their songs and fair compensation. Prince also makes a reference to the killing of Native Americans. He compares individual acts of racism to "every snowflake in an avalanche," which, to me, is a fitting metaphor for the massive impact of white supremacy.

Prince's acoustic albums are never quite acoustic. I love the extra, ambient sounds on this song. It might have just been "OK" to me, but the descending piano lines and chords take it to another level. I also love that the track is unresolved at the end. There are some naughty lyrics, corny lyrics and charming lyrics--but I like it all. Also, Prince is not always up-to-date on his technology references, so I'm proud that he talked about the two-way pager, which was actually popular when he released this album. However, by the time he re-recorded this song for MPLSound in 2009, it was out of style. Heck, when he sang, "In this digital age, you could just page me," on "Somewhere Here on Earth" in 2007, I was looking at him a little funny.

Joni Mitchell's music really suits Prince's falsetto and singing style. Pay attention to his vocal arrangements. I love how he puts his own, gospel-flavored spin on the song with his piano chords and the addition of the organ. It's also delightful to hear his brief, vocal exclamation when he's feeling his solo. I don't think I'm a huge fan of the coda; I wouldn't mind if he just played one measure and faded out right away so we'd all go, "Wait, what was that?" He was smart to leave it out when he submitted the song to the 2007 tribute album to Mitchell. The song is also dedicated to his father, John L. Nelson, who died a year before the album came out. I like to think of this whole Prince era as a tribute to him.

"Up All Nite with Prince" podcast

What a bright, beautiful ditty with an undercurrent of sadness. Using a Biblical reference, Prince lays out what seems to be deeply personal commentary on a relationship, be it with a life partner, the music industry or both. Also, the chorus is absolutely gorgeous.

Subscribe to my newsletter for updates on my book on Prince's spiritual journey. Click here.
Posted by E. Thompson at 5:27 PM