"Count the Days" - Song of the Month 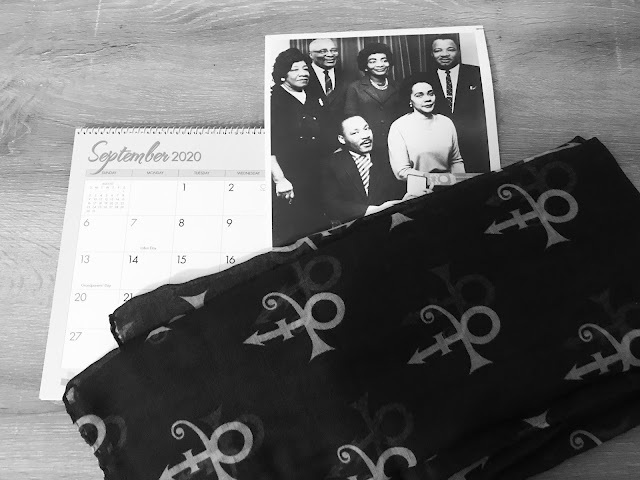 "Count the Days" is technically a New Power Generation song, released as the third single from the band's 1995 album, Exodus. Of course, Prince played an integral role, though disguised as "Tora Tora," one of his many alter egos. Bass player Sonny T. takes the lead vocal, but Prince's guitar is the real star. (By the way, Prince positioning Sonny as a lead vocalist reminds me a lot of Jimi Hendrix featuring drummer Buddy Miles as a singer in the Band of Gypsys, but that's another discussion for another blog.) I fell in love with this song watching a video of a live performance on British TV program "The White Room." First of all, Prince, aka Tora Tora, somehow made a costume of a face-obscuring scarf, hat and black-and-white suit look appealing. I love how he was so meticulous about image and mystique.

The song is a perfect example of how Prince is able to write in layers. If you don't listen closely, you might think "Count the Days" is a love song. That was my first reaction because the TV host introduced the song by commenting on Prince and Mayte Garcia's relationship. The music is pretty, pleasant and almost tranquil. Listening again, I heard a deep connection to Curtis Mayfield, and I began to think Prince was simply focused on evoking a feeling of old-school soul music, especially because the lyrics seemed so cryptic.

"Here's a church, here's a steeple/Here's a motherfucker that I gotta blow away."

But I knew something was missing. I talked through the song with my friend and writer Scott Woods. We asked ourselves, how often is Prince purposely nonsensical, and how often is he writing personal lyrics? In my opinion, "Count the Days" is very personal, and there's a thread of anger under the lovely melody. You could imply the song is about his deteriorating relationship with Warner Bros. Prince is literally counting down the days until he is out of his contract. And you could read the whole Exodus album as an escape from the control of the record label, but also as Prince's mission to free other artists, especially Black artists, from the limitations and abuse in the music industry.

The video for the song adds another layer. It features historic footage of events during the Civil Rights Movement, including Martin Luther King, Jr. at the March on Washington, and his wife, Coretta Scott King, standing over his coffin. Prince felt very strongly that he could use both his celebrity and advocacy for artist rights to help create a better future for Black people in America, and much has come to light about his charitable contributions since his death. So, it makes perfect sense to me that he paired a song about being enslaved to a corporation with a video about the plight of Black people.

I once found myself thinking, "This song would be more enjoyable without the abrasive lyrics." But that's precisely the point. We can't be fully at peace with the world because we aren't fully free. Think about what Black people are still enduring in 2020. We're still counting the days...

Count The Days from Irresistible Rich on Vimeo.