As I mentioned earlier, I’m going to research other“born-again” musicians to compare their experiences to Prince’s experiences. Last week, I realized that it would also make sense to get a little more specific and investigate other stars who are, or have been, Jehovah’s Witnesses. There are some pretty big names on the list. It’s also interesting that, while some were raised as Jehovah’s Witnesses and later moved away from the faith, others, like Prince, moved to the faith in their adult lives.


1.  Michael Jackson—It’s pretty well known that M.J. was raised as a Jehovah’s Witness. In fact, there are legendary tells of the King of Pop dressing in disguise as he went door-to-door to witness.  Additionally, we can’t forget that he was pressured to place the disclaimer before the "Thriller" video, distancing himself from occult affiliation: 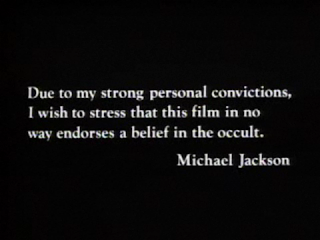 2.  Janet Jackson—Obviously, like her brother, Janet was also raised as a Jehovah’s Witness. Also like Mike, Janet seemed to step away from the religion later in life. In a 2009 interview with Robin Roberts of ABC News, Janet talked about having her first birthday party at 23-years-old (Jehovah’s Witnesses do not celebrate birthdays and holidays):


3.  Serena Williams—the superstar tennis player recently told Sister 2 Sister magazine that she is recommitting herself to the Jehovah’s Witness faith, which she grew up in.

4. Omarion—back in 2009, the R&B singer and former member of boy band B2K admitted to BV Buzz that he had been studying to become a Jehovah’s Witness, and even cited Prince as an inspiration for witnessing door-to-door:

Yeah. I can see myself doing it. Prince does it. I think it would be fun to go door knocking with him. It would be really interesting to knock on somebody's door and see them open it and be like, "Oh Prince!"

5.  Larry Graham—Legendary bassist and former Sly and the Family Stone member is a devout Jehovah’s Witness. He served as a spiritual guide for Prince as the "Purple Rain" star was learning about the faith. Watch Graham and Prince perform “The Christ” (originally titled “The Cross”) live: