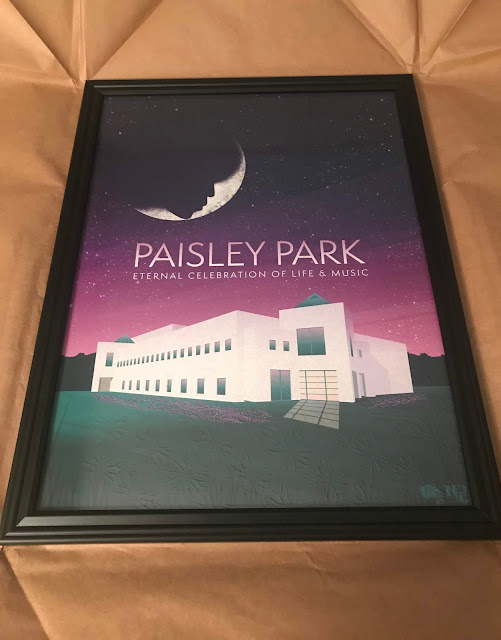 This is a poster I purchased during my first trip to Paisley Park in 2018. For a long time, I thought I'd write about my visit, but it's too personal. Back in 2016, I made plans to display all of my Prince decorations, but I'm just now starting to follow through. And I've added more things since then. 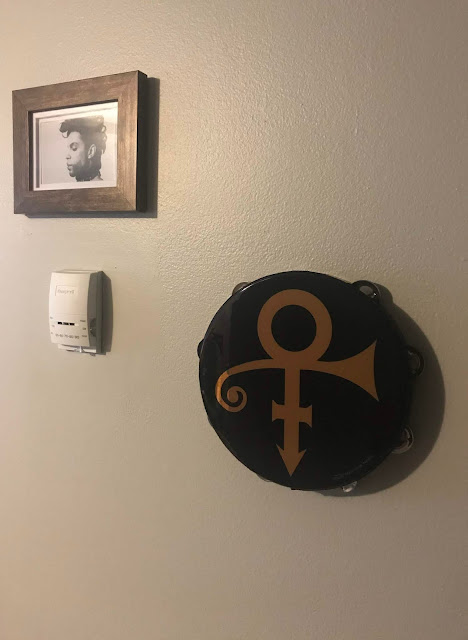 This tambourine is also from Paisley Park. It cost ... a pretty penny, but it was worth it. The framed post card is a picture taken by Herb Ritts. I scored that on a trip to the Rock and Roll Hall of Fame and Museum. 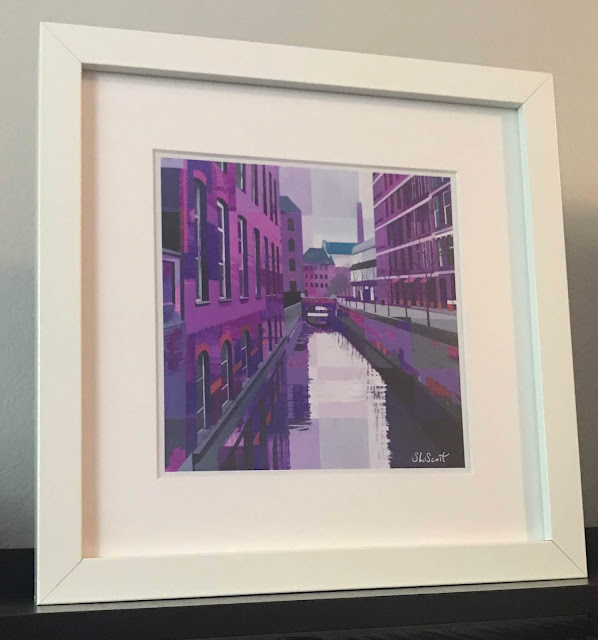 This is a painting of Canal Street in Manchester by S L Scott Art. I got it in the city in 2017, which was one of the best trips of my life, despite the tragedy that happened at the Manchester Arena a day before I arrived. I gave my first Prince presentation at the Purple Reign Conference at the University of Salford. I really need to get back to England. 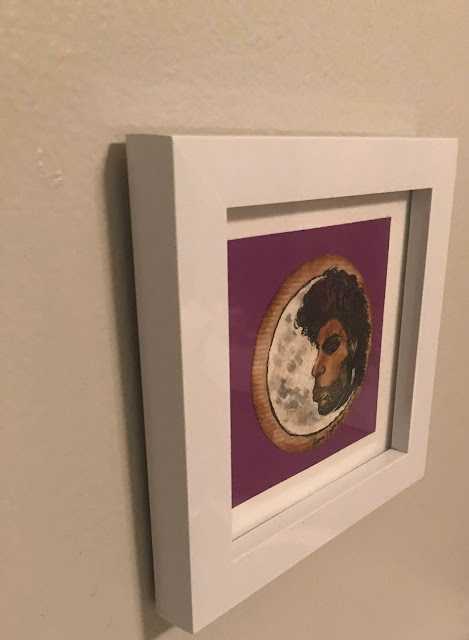 This painting by Hemalatha Venkataraman was done on a tea bag! It's in my bathroom, which didn't do much to convince my sister that my apartment is not, in fact, a shrine to Prince. 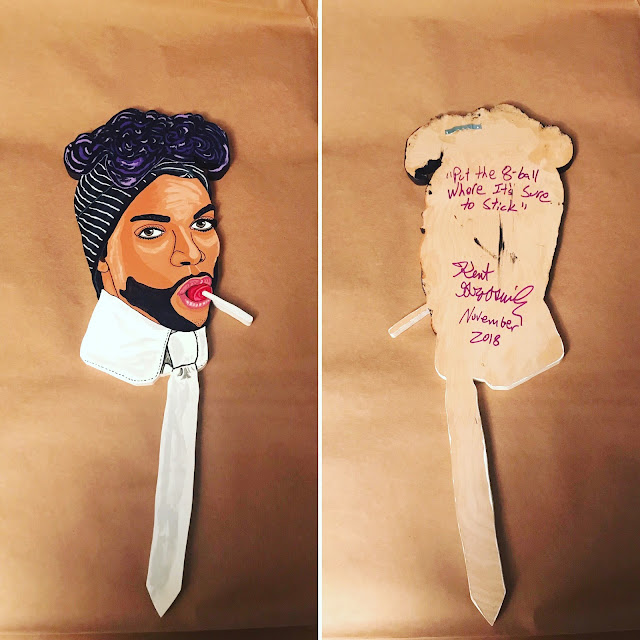 I received this beauty by Kent Grosswiler as a gift. I will never stop singing, "Pimp rag, Tootsie Pop and a cane" randomly in my head. 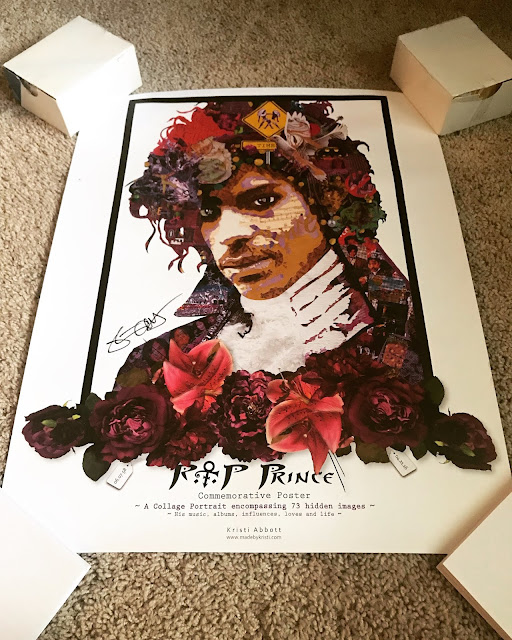 Another gift, this portrait was done by Kristi Abbott. My leasing office is ... less than efficient, so I received this package several months after it was sent.

I tried to put a Love Symbol decal on my car today, but it fell apart. I snagged one of the last of the bunch from Electric Fetus, Prince's go-to record store in Minneapolis. The employees saw him all the time, and as one unenthusiastic clerk told me, his life remains unchanged. Sure, buddy.