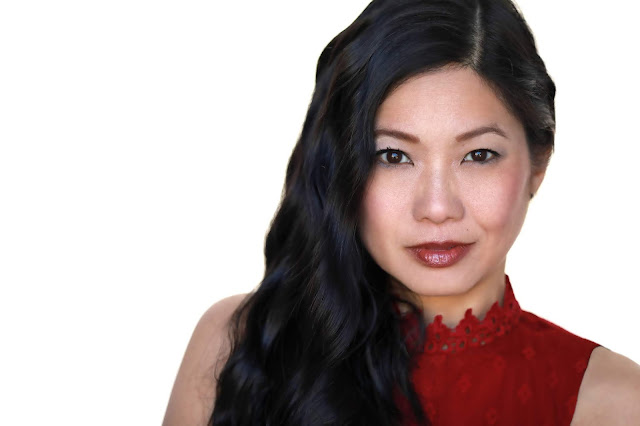 "I want to do everything."

A succinct answer to a question about life goals resulted in a once-in-a-lifetime opportunity for actress Di Quon. Back in 1994, Prince sent out an ad recruiting women for "The Most Beautiful Girl in the World" music video. The submission process required Di Quon to record a video about her dreams, so she enlisted the help of a friend.

"It was three minutes of me just directly talking into the camera," Di Quon said in a recent phone interview. "I said, 'You asked me what I wanted to do, and I'd like to do everything.'"

Di Quon transferred the footage to a VHS tape and sent it to Prince's team. They called her, but had a puzzling question.

"They're like, 'Hi. The Artist would like to know if you're in one of these commercials or shows,'" Di Quon recalled. "And I was like, 'Commercials or shows?' And they said, 'Yeah, we have six hours of video and we can't find you.'"

Di Quon realized she'd taped the wrong footage and explained her mistake. But Prince requested she come to Paisley Park studios to film the video anyway.

While the other actresses in the video portray women seeing themselves depicted in their dream roles on a large screen--wife, mother, comedian, singer, etc.--Di Quon is shown off to the side, or assisting the women. But hers is one of the first faces shown when the video starts.


And because she was in multiple scenes, she never really left the set like most of the other women.

"They would get to go to his club [Glam Slam] or they would go have dinner," she said.

But the upside was spending time with Prince.

"He was a total gentleman," Di Quon said. "He always made sure you were comfortable."

He even showed her one of his new guitars.

"He's like, 'Do you want to see something?'" Di Quon said. "It was almost like a kid that had something new."

Months after the shoot, she and the rest of the cast were invited to a premiere party at Paisley Park that paled in comparison to the famous NYC nightclubs, like the Limelight and Club USA, where Di Quon would dance.

"His party was 10 steps above that," she said. "One room had tiles on the floor, and you would step on them and they would make sounds. ... [And] it would play back what you just programmed."

Afterwards, Di Quon ran into Prince a few times at a nightclub where she worked.

"He was just so kind," she said. "He has this very larger-than-life persona. ... [But] he was really one of the most normal, down-to-earth people when you're one-on-one with him. ... He was a really great human being and I wish that I had gotten to know him better."

Interview with "The Most Beautiful Girl" co-star Kathy Good


While Prince was encouraging artists to create music independent of record labels, Di Quon went on to work for Sony Music, interacting with megastars like Celine Dion, Marc Anthony and Michael Jackson.

"I think that, because I had that experience with Prince, I was able to be a more capable person in the music industry," she said.

Her connection to Prince also helped her when she transitioned into acting.

"The initial credit of having been in this Prince video that everyone has seen was really meaningful in terms of getting my first shoots," she said.

Today, Di Quon has built an impressive resume of film and TV projects, including roles in "Maid in Manhattan," "Grown Ups" and "Kevin Can Wait." She recently wrapped an indie film, "Soulmate(s)."

Also a wife and mother, Di Quon realized she achieved her goal of doing "everything," as she told Prince 25 years ago.

"I look back and I'm like, 'Wow, I actually did a lot of those things [shown in the video] and I'm still creating the path,'" she said.


Learn more about Di Quon on IMDb or diquon.com.