"Gigolos Get Lonely Too" - Review of "On Time" 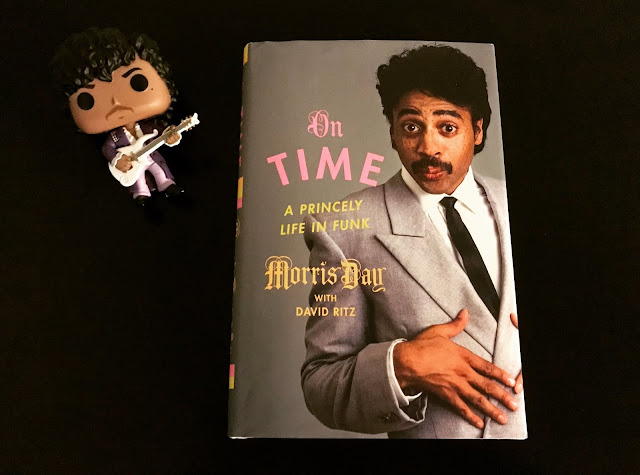 The best part of Morris Day's new memoir, On Time, is his discussion of music. Prior to the release of The Time's self-titled debut album in 1981, Day and Prince were immersed in musical study. They picked apart hits by The Brothers Johnson and Shalamar. Day brought Prince's attention to Mahavishnu Orchestra and Frank Zappa, while Prince broke down Miles Davis's early career.

Prince tried to turn Day on to Joni Mitchell--he'd later name one of the The Time's albums after one of her lyrics--but Day wouldn't bite. But they both admired Bob Dylan, and spent long periods of time listening to the Beatles.

For so long, Prince's musical tastes have either been glossed over or, worse, attributed to the "education" he received from white peers after he broke into the business. Sure, we can hear the influences in his music, or cite the covers he'd do at shows throughout his career. But it's refreshing to hear people like Day expound on their musical passions during the early days.

However, Day isn't alone in telling the story of his life and association with Prince. At the suggestion of his co-writer, noted biographer David Ritz, Day employs Prince's voice as a literary device. The result is an ongoing conversation between Day and Prince, who often challenges Day's accounts of events.

The trick works. It allows Day to acknowledge or, at least, imply the instability of memory. It also provides insight into what their exchanges must've been like while Prince was alive. "Most of them are pretty doggone accurate," Day told the Star Tribune.

Unfortunately, Day adds another voice, "MD," representing his often destructive alter ego. It's a little clunky, and takes up space that could be used for more stories. At about 200 pages--including photos--the book feels too short.

The Time Outshines Prince in Columbus


Hardcore Prince fans might not come away with a ton of new information, but there are several revelations that make the book worthwhile, in my opinion. To my knowledge, this is the most open Day has been about his struggle with drug abuse. And I enjoyed hearing his perspective on Prince's image, name change and spirituality.

We also learn that Day was present for some pivotal moments in Prince's early career, and that he was reportedly playing drums on certain Prince songs, but didn't receive credit. (I would actually like to hear Day talk more about his drumming and break down some songs live at an event like "Celebration" at Paisley Park.) Day also reveals a bit of a bombshell about Prince and his high school band, Grand Central. Each reader will have to decide whether or not they take Day at his word.

As expected, there have been mixed reviews about the book. Some fans believe Day is too harsh on Prince; others see no ill will. Nothing in the book turned me off, and I feel Day takes some responsibility for his mistakes.

"I had resentments, but it was a love/hate relationship," Day told the Star Tribune. "For me to put it all out there on the table in the book, it was good to be able to bring closure."