“Welcome 2 the Million $ Show” - Redeeming Qualities of “HitnRun: Phase One” 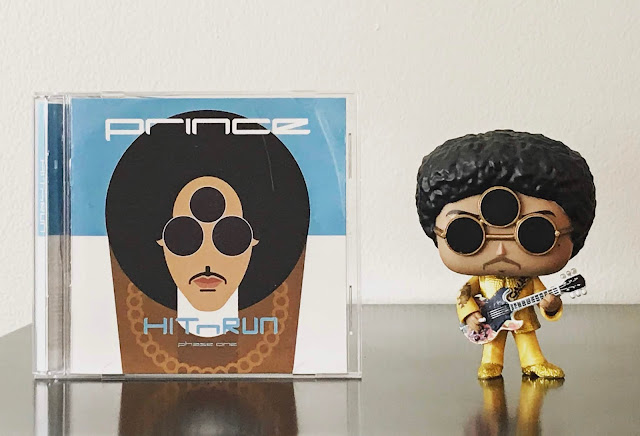 This post is brought to you by Prince’s Friend, who is taking over A Purple Day in December this week. - Erica


HitnRun: Phase One was released in September 2015 as a fusion of electronic, pop, funk and everything in between that Prince could muster. Since its launch, the Prince community has been largely split into two camps of listeners: those who heard it, loved it and couldn’t wait for more, and those who came away from the album thinking it was utter trash. I’ve heard very little in the way of nuance when it comes to the album’s reception, and I thought, “What better place to have it out than here on Erica’s blog?”

First, there are three main arguments cast at the album to “prove” it’s terrible, and I’d like to address them.

“The production quality isn’t up to his usual standards.”

I have to agree that the production on HitnRun: Phase One is quite different from what you’ll hear on other Prince albums. This was the product of introducing Joshua Welton into the mix. Prior to this album, the majority of Prince’s music was self-produced (I mean, we all remember his initial fight with Warner Bros. to give an unknown talent the right to produce his debut album), but this was one of the few occasions where Prince brought in someone else to carry that weight. In fact, even though Welton was given co-producer credits, he actually handled the lion’s share of the process (more responsibility than he had when working on Art Official Age with Prince).

This created a strange mix of Prince’s older production stylings with Welton’s more modern techniques. HitnRun: Phase One featured a bit of Auto-Tuning on Prince’s vocals, a dubstep-inspired breakdown and updated electronic sounds to some previously released songs.

Was the production bad? Certainly not! Expectations can shift the way we receive any medium. When I saw Spider-Man: Into the Spider-Verse, I came out of the movie feeling ambivalent. It was good, but it wasn’t the monumental step in animation and storytelling everyone hyped it up to be. In my eyes, because HitnRun: Phase One followed Art Official Age, widely considered one of Prince’s best albums, fans’ perceptions of its quality were heavily skewed. And the fact that Prince took the production reins again for HitnRun: Phase Two feeds into the argument that he didn’t like the quality of Phase One, which he never said publicly. But people love their stories, don’t they?

“Too many guest vocalists.”

This album certainly did have its fair share of guest stars who gave the project some extra flavor and momentum (Judith Hill on “Million $ Show,” Rita Ora on “Ain’t About to Stop,” Curly Fryz on “Like a Mack” and Josh Welton on “X’s Face”).

But, as I see it, this isn’t exactly uncommon in today’s music business, where the number of collaborations can feel ridiculous at times. Prince’s small selection of guests was not out of place or overbearing. It showed that Prince was looking to the future in terms of marketability. Younger fans might say, “Oh, Rita Ora’s on this one, let me check it out!” or “I didn’t know Judith Hill was working with Prince. She was my favorite on ‘The Voice.’”

Beyond the album, Prince also leaned on his appearance on “New Girl” to debut “Fallinlove2nite” as a promotional single with the help of Zooey Deschanel’s quirky sense of humor. (The album includes a Prince-only version, which adds a bit more keyboard work.) He also took the opportunity to partner with Tidal to push the album even further. All of this shows Prince was trying to step away from his solitude and his reputation for being a one-man army. He was already successful, so trying new things, like working with up-and-comers and teaming up with a new digital platform, amounted to Prince changing with the times, just like he always did.

This is the most common argument I hear. Even without bringing the production style into the conversation, most people say it “just doesn’t sound like Prince.” I don’t hear any difference in songwriting or execution. Sure, there weren’t a lot of horns, the levels were different and the electronic tinge to it rings deep, but it still features songs with epic bass (“Shut This Down”) and funk (“Like A Mack,” “1000 X’s & O’s”). And I would be remiss if I didn’t give a shout out to the guitar work on songs like “Hardrocklover” and keyboards on “Fallinlove2nite.”

Some people dislike the inclusion of the remixed “This Could Be Us,” originally released on Art Official Age. I personally liked Welton’s reworking of the song. Others criticize “Mr. Nelson” because it’s largely an instrumental. But it’s highly enjoyable in its juxtaposition; it’s both high-energy and laid back. It’s danceable, but also meditative.

HitnRun: Phase One represents Prince looking to the future. For someone to say, “It doesn’t sound like Prince,” is to admit he did exactly what he set out to do with this album. And, sure, maybe he stepped further away from his usual sound in a way that made his fandom uncomfortable, but he was known for taking big swings. Why take half-measures?

Prince wanted to stake new ground on HitnRun: Phase One, and came out of the gate with strong songs like “Shut This Down” and “Ain’t About to Stop.” These two songs alone are worth the price of admission. They erupt into explosions of funk, techno and flavor, showing Prince knows how to get a party started and keep it going. They rise and fall and keep the listener guessing the whole time, making for a great starter for the album.

Like “Fallinlove2nite” and “This Could Be Us,” “1000 X’s & O’s” was released previously. It was originally written in the ‘90s and recorded by both Rosie Gaines and Nona Gaye, but never truly found a home until it appeared on HitnRun: Phase One. The version concocted by Prince and Welton, with its simple beat and Prince’s romantic vocals, breathes new life into the old song.


From beginning to end, HitnRun: Phase One is epic, but the first and last tracks make statements of their own. “Million $ Show” was a message to record companies who try to trick performers into playing free shows for “promotion.” Prince was making sure they knew how much it would cost to book him. He wasn’t getting out of bed for less than $1 million in his bank account!

The final track, “June,” seems to weave a semi-autobiographical tale that is both nonsensical and seemingly dripping with meaning, innuendo and metaphor. I’ve heard more interpretations of this song than almost any other in his catalog.

In the end, it’s up to you to say whether you dig HitnRun: Phase One or not. I’ve always believed that you can like what you like and not like what you don’t like. However, I’d also encourage everyone to shed their preconceived notions about this album and give it another try. If you accept it for its differences instead of rejecting it because it’s not necessarily “on brand” for Prince, then you’ll be opening yourself up to a new experience from an old friend. 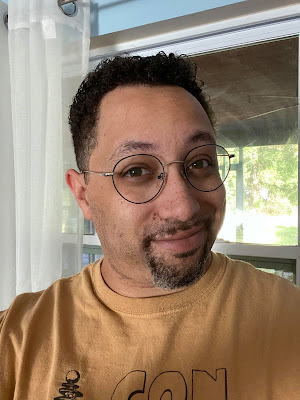 Keep up with Prince’s Friend

Have an idea for a blog post? Hit her up here.