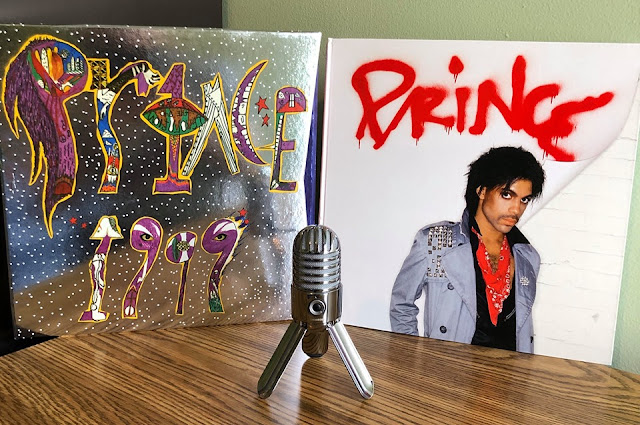 Whether it's books, blogs or video broadcasts, I spend a lot of time engaging content created by other superfans. While I love participating in such a fun, knowledgeable community, sometimes it's refreshing to step outside of the purple bubble to hear how casual fans feel about Prince.

Recently, I stumbled upon a few mainstream podcasts and I was delighted to find some Prince-related episodes among them. See below and please enjoy.

Slate's "Hit Parade" podcast is critic Chris Molanphy's well-researched show about popular music history with emphasis on chart analysis. His recent episode on Whitney Houston's career and what it means to have "crossover" success was amazing. So, I was really excited to check out his episode about Tom Petty and Prince from 2017.

Molanphy lays out the many parallels between Petty and Prince, including their chart dominance, success writing for other artists and record label battles. It gave me a new appreciation for Petty, whose career I didn't follow previously. And it was nice to hear how much Petty admired Prince, despite the Purple One's playful teasing during the greatest Rock and Roll Hall of Fame induction performance of all time.


"Rolling Stone Music Now": "The Power and Glory of Prince"

This episode of the music magazine's podcast came out just days after Prince passed away. The best part is hearing writer Brian Hiatt talk about his experience interviewing Prince for a 2014 cover story that was shelved until 2016. There are wonderful, behind-the-scenes tidbits, like the fact that Hiatt was quizzed on black artists before the interview began. I'm also glad Hiatt shared more information about their discussions on music. "He was as passionate and convincing a music fan as anyone I've ever spoken to in my life," Hiatt said. "He made me want to listen to whatever he was talking about, even if it was stuff I already loved."

Because this podcast is co-hosted by a musicologist, Nate Sloan, I find it more compelling than your average pop podcast. And this episode features guest Anil Dash, a technologist and entrepreneur who is well-known in the Prince fan community. But this was my first experience hearing Dash's take on the impact of technology on the sound of Prince's music. And I enjoyed hearing Dash's perspective on Prince's early adoption of the internet because Dash was there online in real time consuming the music. (Go even deeper on Dash's own podcast, "Function.") You can hear Sloan's mind being blown by Dash's analysis, which is evidence that even music aficionados haven't even scratched the surface on Prince. Come on, people!


Subscribe to my newsletter for updates on my book on Prince's spiritual journey. Click here.
Posted by E. Thompson at 9:48 PM