"Walkin' in Glory" - Some Thoughts on "Sign O' the Times" + Spirituality 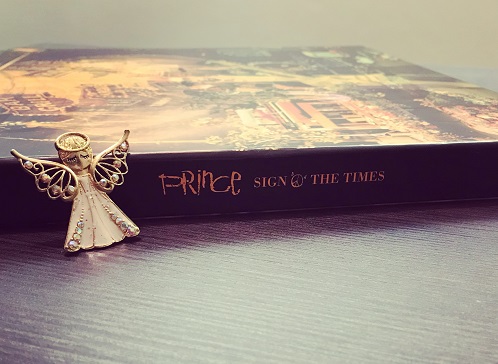 I suppose this is my official return to the blog after missing a few weeks due to, well, have you been paying attention to 2020? In addition to coping with the pandemic, presidential election (at the time of publication, we still didn't know who won) and being Black following the death of George Floyd, I have been hard at work on some lengthy journalism assignments.

I investigated the increase in gun violence this summer and returned to my hometown to talk to about the election. Later this month, I'll publish a nine-part series on systemic racism.

As a heads up -- I'll be taking another break in December to have surgery and recover. But I think I'm going to schedule some "throwback" posts while I'm gone.

With all that said, I hope everyone is still enjoying the Sign O' the Times Super Deluxe. I figured I'd share some thoughts on spirituality before I move on to other things.

When I think about this album and this time period, Prince's father, John L. Nelson, comes to mind. In fact, I wish he were a greater part of the narrative. It will take some people speaking up and then actually being given a platform to share their stories about Nelson, who influenced both Prince's jazz sound and his religious leanings.

When I hear Prince's famous words in 1986, "We're on the brink of something ... strict and wild and pretty," thoughts of his father's discipline, combined with his mother's spontaneity, come to mind. Prince discusses this dichotomy briefly in his memoir. Specifically, Prince talks about the ways in which his father's religious principles contributed to his life of order and self-sufficiency--qualities Prince admired.

"This man read the Bible daily. And if he needed something, no matter what it was, he would make it himself. ... Religion is about self-development. That's all it is." - Prince, The Beautiful Ones

It's no surprise that, as Prince and his father were enjoying a period of camaraderie, Prince's music was becoming more blatantly religious. Sign O' the Times' "The Cross" was his most direct expression of Christian faith on one of his own studio albums at that point. I think because he still didn't say the name Jesus (that would come just a year later on Lovesexy), it's more digestible for fans who aren't Christians. Plus, it's a great rocker!

When I was an undergraduate student at Northern Kentucky University, I took a biography class and wrote about Prince's spirituality, naturally. I ended up presenting my work via a display in the library, where I set up a listening station. I included "The Cross" on the playlist, and I'll never forget a woman crying after hearing the song for the first time.


Prince expresses his spiritual growth through his songs about relationships on Sign O' the Times; he promotes the joy of monogamous, love-based unions, and explores some of his shortcomings and contradictions. I broke this down last month with my #PrinceTwitterThread about the song "Forever in My Life."

It’s always a pleasure to participate in @DeejayUmb and @EdgarKruize’s #PrinceTwitterThread series. We’re in the midst of tackling the #SOTTDeluxe album. Today, I’ll be talking about “Forever in My Life.” pic.twitter.com/ZAgn7cwbPB

During the Sign O' the Times era, journalists acknowledged Prince's religion, but had no desire to investigate it as it was presented on the album. And they continued to minimize its complexity. The album also failed to reach the level of success of Prince's earlier projects. We often here that Prince didn't care about commercial achievement, but it simply isn't true. It wasn't lost on him that his sales were decreasing as his music was becoming more spiritual, and we can see his struggle to reconcile that with the Black Album saga that would play out later that year.

The Vault tracks on the Sign O' the Times Super Deluxe release only solidify where Prince's faith was at the time. It is a pleasure to hear Prince do straight-ahead gospel on the previously unreleased track "Walkin' in Glory," which was recorded on a Sunday. I'm also glad people like his engineer at the time, Susan Rogers, are speaking more about his pattern of "repenting" by recording holy songs at the same time as his risqué tunes. Prince had a complex relationship with the sacred and profane, and was continuously refining what he believed about the intersection of the two. It is not surprising to me that he used the music from "Glory" for "2 Nigs United 4 West Compton" on the explicit Black Album--or that a party song like "The Ball" could be transformed into a religious song like "Eye No."

If Prince had released "Walkin' in Glory" or the song "Crystal Ball" at this time, it would have been the first time people heard the name Jesus on an official project. That's why hearing him say, "Save me, Jesus" on "Anna Stesia" in 1988 is so impactful. It's interesting to think about how and why he made the decision to finally declare his faith in that manner; I'm sure his spiritual awakening prior to the Lovesexy album played a large role.

The whole concept of "signs of the times" can be found in the Bible, as Jesus explains the markers of his return. (And we know Prince was obsessed with the concept of the "Second Coming.") Prince may have even been inspired by the Seventh-day Adventist publication Signs of the Times, which he may have read in his childhood church. And his father wasn't the only religious person in his circle; I interviewed a few people--including Jehovah's Witnesses--who were sharing their beliefs with Prince during this time. Let's pray I get to share those, and my book, soon.

"For nation shall rise against nation, and kingdom against kingdom: and there shall be famines, and pestilences, and earthquakes, in divers places." - Matthew 24:7 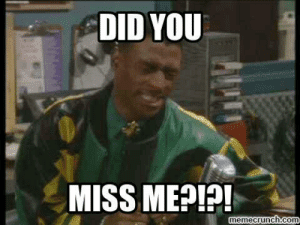