"Life is Just a Party" - A Chat with a Prince Fan, Collector & Podcaster 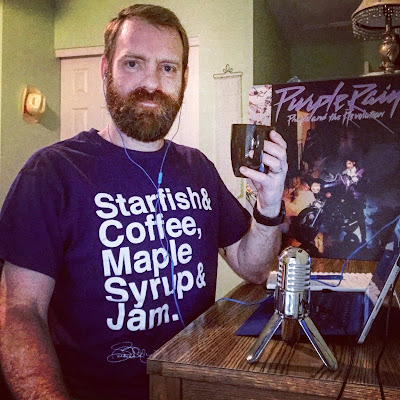 I love scrolling through Jason Breininger's Instagram account, @pressrewind75. His pictures are full of brightly colored, neatly organized Prince music and memorabilia. It's a vision of what could be possible for me if I spent time collecting and curating my home.

Breininger doesn't necessarily specialize in extremely rare items; he just chooses what he likes. And the joy comes through his photos!

Additionally, the Missouri-based superfan runs music website pressrewind.net, and hosts Press Rewind: A Prince Lyrics Podcast. I've had the privilege of being a guest on the show a couple times.

I spoke with Breininger about his projects and love for Prince's music. He also shared pictures of some items from his collection. Check it all out below!

What's your earliest memory of Prince?

I turned 8 in '83 about the time that Prince really became big. I've always been obsessed with music. I lived on a farm in rural Wisconsin. There were no children my age anywhere near me, so I couldn't just jump on my bike and go play at Billy's house or whatever. So it was me, myself, my siblings and my parents.

I distinctly remember [my sister] coming home with "Little Red Corvette" and "1999" [on vinyl]. I really can't explain why, but I was attracted to them completely, from the way they sounded to the way Prince sang the songs. I was very confused; was "Prince" a band? Was it a person? None of that information was readily available. I didn't have MTV. I didn't really know who Little Richard was, but, to this day, I always think Prince never looked more like Little Richard than he did on the cover of the "1999" 7" single.

How did you respond to the Purple Rain mania?

We left the farm, and now I'm living in a town with kids all around me. And so I took my love of Prince and I helped my friends experience his music. We all really got into Purple Rain, like really, really. We would listen to the album daily. We would pretend to be members of the band. At that point, we did have MTV. 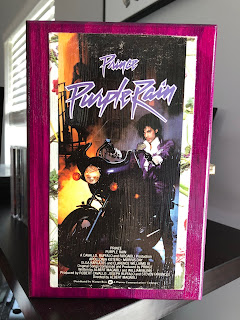 Following Purple Rain, did you always keep up with Prince's music in real time?

I really loved pop music for a while. Then, I moved on to hair metal. So I was really getting into bands like Poison and Guns N' Roses and Mötley Crüe. And then, by 1988 or 1989, I was really heavy into hip-hop. So I was listening to a Public Enemy and LL Cool J and NWA. ... I would check [Prince's] stuff out and I loved what I heard, but I wasn't always on board, day one, with his new album.

Then, shortly after the Love Symbol album, I kind of lost Prince. His music was seemingly more insular. I knew his stuff existed. I knew he was releasing music at the same pace he had always been. I'd go to Best Buy and there'd be a display of his triple album, Emancipation. I was like, "Holy shit, that's just so much music!" And then, years later, you've got this four-disc album, Crystal Ball. I personally couldn't keep up, and it wasn't what I was looking for anyway. So the '90s I completely missed out on. I've had to revisit the '90s.


How did you get back to him?

It took the Musicology album for me to revisit Prince's music. I was out of school and I was married, and now I was living in northwestern Wisconsin--about an hour and a half away from the Twin Cities [where Prince lived]. And they would play Prince's music on The Current [radio station]. The Current really reintroduced me to Prince.

How did you react when he passed away?

We take our artists for granted. Once he passed, I realized, "Holy shit, he's never going to release another album." You just always could count on a new record from Prince every other year. Even toward the end of his career, he had some breaks that were uncommon for him at the time, but he always came back and he was always out there recording and touring.

Why did you create pressrewind.net?

I've always had an interest in artistic endeavors like writing and music and film. But it was never a path for me to take as a career because of self-doubt. About three or four years ago, I [thought], "There's so many avenues where people can express themselves creatively these days. What's wrong with just taking up a hobby just to write your thoughts down?" I utilized the blog as an avenue of creative expression. The idea was to attach memories and attach experiences to music. I have so many things to say about what [Prince] meant to me. So I want to capture some of that, but then also shine a light on some of the other musicians and artists that I really loved and still love.


Why did you start Press Rewind: A Prince Lyrics Podcast?

I'm not a musician, so I'm not somebody who is going to be able to intelligently and eloquently break down how Prince created some of the songs that people love so much. Like, what are the things that make this song unique? How did he create studio tricks? That's not something that I feel comfortable enough talking about.

I talk solely about the lyrical content behind Prince's music. ... I decided to go from the beginning all the way to the end [in chronological order] to see his growth as a songwriter through his lyrics, and make connections between songs.

Why is Prince important to you?

I own more Prince music than any other artist, and not just because he made more music than any other artist, but because I've sought it out. Prince has always been there for me. When I was a kid, he was an integral part of my upbringing and an integral part of who I was. I have so many memories with my family and with my friends where Prince's music is interwoven.