"Welcome to the Dawn" - Reflecting on "The Gold Experience" 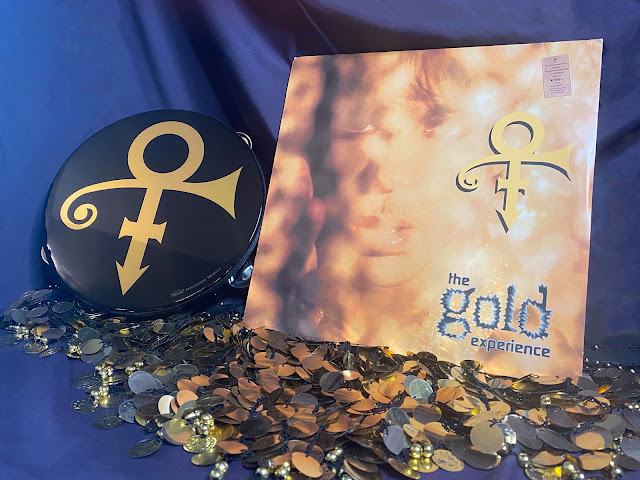 I didn't experience Prince's 1995 album, The Gold Experience, as a whole--in real time. God bless my mother; she was great about buying a lot of the latest music for the household throughout the '90s, but she'd gotten away from listening to entire Prince albums. Still, I have memories of a couple songs that were out.

Most of my engagement with The Gold Experience happened when I was an adult. I immediately connected with a couple songs, but it took me several years before I fully appreciated the album. Today, I believe it's one of Prince's strongest projects during the '90s. (In my opinion, "Shy" is one of the best songs he's ever written.)

I've been listening to the album lately and figured I'd share some personal reflections.

Like a lot of folks my age, I first heard Tevin Campbell sing this song on his 1993 album, I'm Ready. I was not aware that it was a Prince song at the time. All I knew was the sexy tune made me uncomfortable. I was used to "Little Tevin Campbell" and I was still little myself.

Moving forward, my family and I only listened to the Campbell songs written by Babyface ("Can We Talk," "I'm Ready" and "Always in My Heart"). Only recently did I discover Prince wrote three other songs on Campbell's album: "Uncle Sam," "The Halls of Desire" and "Paris 1798430." The latter is my jam!


I heard Prince's version of "Shhh" as an adult. Honestly, it's not my favorite. I love Michael Bland's drumming, but I don't play it often. I'm a bit of an outlier; I'm not in love with a lot of Prince's classic, sexy songs ("Do Me, Baby," "Scandalous," "Insatiable," etc.). Don't get me wrong, they're great, but I have a stronger connection to other songs in his discography.

How Prince helped Tevin Campbell Get Political on 'I'm Ready'


"The Most Beautiful Girl in the World"

Like 700,000 people at the time, my mother bought "The Most Beautiful Girl in the World" and played it over and over and over. It makes sense; it's a soulful throwback to the music she loved growing up. She also marveled at his wide vocal range on the song. However, the most tender memory I have is of her telling my sister and me that we were the most beautiful girls in the world. It's even more special because she got what Prince was trying to do--draw attention to the beauty within all women. (Be back later, crying.)

It's no secret that Prince wrote this song about former Minneapolis Star Tribune columnist C.J., who nicknamed him "Symbolina." C.J. was one of my first interviews; I spoke with her back in 2012. She talked to me about the time they met in person. According to C.J., he said he didn't recognize her, and when she introduced herself, he replied, "Billy!"

"He said that he thought I was one of his old girlfriends, and that the reason I wrote negative things about him is because he had broken my heart," C.J. told me. "I said to him, 'I don’t look like anybody you have ever dated.' I looked good at that time, but I don’t look like Mayte. I don’t look like Manuela. I know his type and it is not me."


The first person I told about the interview was Laila, one of my best friends. We could not stop laughing. From then on, we'd randomly text each other, "BILLY JACK BITCH!" or "Billy!" In fact, let me text her now... 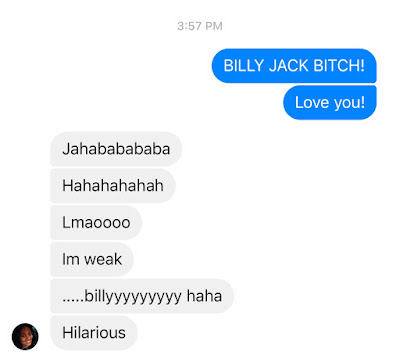 For years I just dismissed "Billy Jack Bitch" as a silly song, but now I have a new appreciation for the music. It's incredibly funky, and I've sat in my car no less than 100 times rewinding the horn part at the end. If I'm ever able to interview arranger and musician Michael B. Nelson, I'm asking him about that section!

Before The Gold Experience came out, there were rumors going around that Prince had written a song as epic as "Purple Rain." When I played "Gold" for the first time, I was blown away. I had to talk to someone about it, and I made my boyfriend at the time listen to it with me. (He wasn't that impressed.)

Sure, you may not rank "Gold" as high as "Purple Rain," especially given your nostalgia or the fact that the earlier tune happened at the peak of Prince's popularity. But "Gold" is a beautiful song, and the vocal arrangement at the end still makes me tear up. Please stop sleeping on Prince's '90s output.

And please listen to this song again.

Subscribe to my newsletter for updates on my book on Prince's spiritual journey. Click here.
Posted by E. Thompson at 6:45 PM