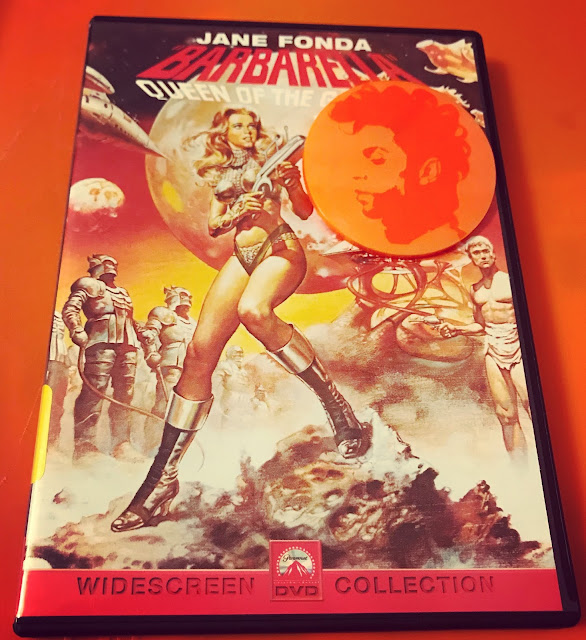 "What is it with the recurring homages to Roger Vadim?"

You can almost visualize Los Angeles Times writer Chris Willman pulling out tufts of his hair while writing a review of Prince's 1992 album, Love Symbol. Finding the project "silly and self-indulgent," Willman was no longer impressed with Prince's style of intermingling the sexual with the spiritual.

I disagree with Willman's broad brush of criticism; I actually think Love Symbol is one of Prince's best albums of the '90s. Additionally, the project is an intriguing look at Prince's exploration beyond traditional Christian beliefs. However, journalists did not have enough time or interest to pick apart his references to reincarnation and the third eye--not to mention the complex gender expression of the symbol, which would soon become his name.

Love Symbol by the Numbers


However, I can't say I quite understand Prince's fascination with Roger Vadim, the French writer and director whose career took off in the 1950s and ended just before his death in the 2000s. On Love Symbol, Prince's song, "And God Created Woman," is the same title of Vadim's 1956 movie, which made actress and fashion icon Brigitte Bardot a star.


And during the previous year, Prince debuted a new fashion style, "GangsterGlam," which he explained as "Godfather III meets Barbarella."

The movie "Godfather III" was released in 1990--around the time Prince was making the Diamonds and Pearls and Love Symbol albums--but "Barbarella," starring Jane Fonda, was a science fiction comedy Vadim made in 1968.

Prince even christened his keyboard player with the name "Tommy Barbarella."

"He was into the movie at the time," Barbarella told MPLS St. Paul magazine. "I don't know why, [maybe] style-wise. This is a guy who on airplanes would read a lot of fashion magazines. He was always on the cutting-edge of fashion and Paris shows."

Prince and his band, the NPG, paid homage to the gangster film by wearing suits, suspenders and fedoras. The influence of "Barbarella" is more apparent, to me, in the visuals associated with his female dancers and protégés, Diamond, Pearl and Carmen Electra.

Like Prince, Vadim had romances with many of his female colleagues; he married both Bardot and Fonda, and dated actress Catherine Deneuve. Unlike Prince, Vadim did not always keep his personal life private. He penned a book about his relationships called Bardot, Deneuve, Fonda.

After watching both movies for the first time this week, I can say Barbarella" is much more entertaining. I understand the impact "And God Created Woman" made when taken in historical context of female representation on film. For example, Vadim once said, "I wanted to show a normal young girl whose only difference was that she behaved in the way a boy might, without any sense of guilt on a moral or sexual level."

However, I wanted to see a more fully realized role for Bardot's "Juliette" character. Other than her love for animals--Bardot is an animal activist in real life--I didn't get any sense of Juliette's aspirations. And, as to be expected in a 1950s movie, there was an uncomfortable, racially charged scene. Toward the end of the movie, the "demon-driven temptress" rebels by dancing with darker-skinned Cuban musicians. (Side note: Bardot has a history of inciting racism in real life, but that's another blog post.)

In my opinion, "And God Created Woman" has an air too serious for a plot that thin. On the other hand, "Barbarella" is a film fully aware of its camp and ridiculousness. With a lesser actress, it would have failed, but Fonda's acting and comedic timing are terrific. I found myself cackling out loud.


Prince also seemed to be amused by the "tongue box," a device that converted a person's speech into English as they were talking, which Barbarella used in the film. In a skit on the Love Symbol album, Prince mentions he has "a special phone, a tongue box."

I would also bet money that the "little box with a mirror and a tongue inside," which Prince mentions on the song "Gett Off," is a perversion of the tongue box concept, but who knows?

As for Prince's song, "And God Created Woman," it doesn't reference the film. Instead, it's a compelling retelling--and, arguably, a subversion--of Biblical scripture.

Hopefully, other scholars will take a deeper dive into Prince, Vadim, Bardot and Fonda in the context of fashion, female beauty standards and feminism.

I'd also be happy if Prince's former loved ones talked more about what it was like to watch an old movie with him.