"The Color of the Pharaoh's Hand" - Prince's Moses References (Pt. 2) 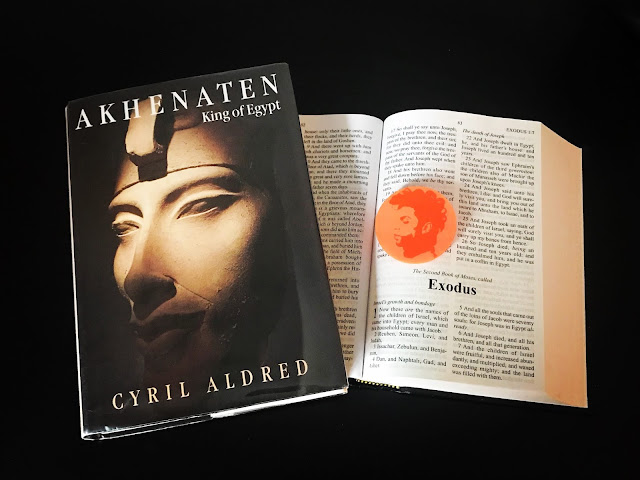 Earlier this year, I did a blog post on Prince's references to the Biblical prophet Moses. I suspected it wasn't a comprehensive list, and some fans pointed out a couple allusions I'd missed. And as I continue to study Prince's spiritual development for my book, I gain greater clarity about his lyrics.

With that said, here are a few more references--and one correction--on a list that I would bet is still incomplete.

Last time, I misinterpreted the following lyric from the Planet Earth album: “Moses was a pharaoh in the 18th Dynasty.” I explained that Prince could be referring to Thutmose III or Amenmesse (or Amenmose).

However, it is more likely a reference to the Egyptian pharaoh Akhenaten. According to his former wife, Mayte Garcia, Prince felt a connection to the ruler. He reportedly read the book, Akhenaten: King of Egypt, and included the pharaoh's name in a hidden message in the video for the “The One” in 1998. Prince also, arguably, referenced the pharaoh in the 2001 song, “Muse 2 the Pharaoh.”


Given that Akhenaten rejected Egyptian religious tradition and attempted to persuade the people to embrace monotheism, he has been linked with Abrahamic religions. Some scholars (including Sigmund Freud) believe he mentored Moses, who presented the Israelites with the Ten Commandments--which includes the instruction, "Thou shalt have no other gods before me."

Others believe Akhenaten was Moses. That is a theory Prince may have supported.

Prince arguably connects Moses and Akhenaten again on this song from the HitnRun Phase Two album.

“Through English glamour, casting a spell/Though Hebrew, Greek and Roman hell,” he sings. “Higher 'til we overstand, the color of the pharoah's hand.”

“What that’s about is Moses,” Prince said in his 2015 interview with Ebony, referencing the Biblical book of Exodus, chapter four, verse six. According to the passage, God showed Moses miraculous signs. Following God's instructions, Moses put his hand in his cloak, pulled it out, and noticed it was "leprous, like snow."

One could interpret this statement as Prince’s commentary on the whitewashing of Biblical figures. And by calling Moses “pharaoh” in the song, he may once again be alluding to the similarities between the prophet and Akhenaten.


It’s a school of thought rooted in Afrocentricity, a movement that highlighted the contributions of ancient African civilizations, with a heavy focus on Egypt. Proponents of the movement preferred to call the country by its native name, km.t.

At its height in the ‘90s, Afrocentricity was being introduced in the school system, from kindergarten to college, to the delight and dismay of different groups, depending on their viewpoint.

A review of Prince’s statements, lyrics and affiliations over time indicates he was very much steeped in Afrocentricty (more on that in my book).

“The first time I saw a person of color in a book, the person was hung from a tree,” Prince said in a 1996 interview with the St. Paul Pioneer Press, emphasizing the need for a more expansive education system. “That was my introduction to African-American history in this country.”

Though this album was attributed to the New Power Generation, Prince was heavily involved in the project — one of the first to be released independent of Warner Bros. In the Bible, the book of Exodus details the story of Moses and the Israelites' exit from Egypt. Prince is using that allusion to articulate, not only his freedom from his own limitations under contract with the record label, but his desire for the liberation of black artists, historically mistreated by the music industry.

"It really was him talking about where things were with these record companies," NPG keyboard player Morris Hayes said in an interview with the Peach and Black Podcast. "I think that was his clarion call, like, 'You've got to know how we as artists are being stifled.'"

And just as black people used spirituals, including “Go Down, Moses,” as codes for their liberation from slavery, Prince utilized religious imagery in his songs to imagine “new worlds,” or better economic and social conditions for black people, according to scholars. 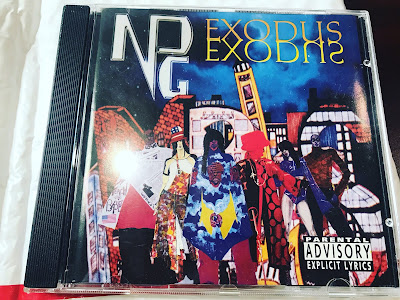 Even the cover art of the Exodus album can be interpreted as Afrofuturism imagery.

I welcome interpretations of this funk, gospel-infused jam from the Exodus album. It seems to be a hodgepodge of rock-star cockiness, anti-music industry sentiment, a sprinkle of rap shade and bits of Biblical imagery.

Sonny T. references Moses' journey to Mount Horeb (aka Mount Sinai) and desire to pass through the land of Edom in a spoken-word section at the end of the song.

"And the people spake against God and against Moses," he said. "Wherefore have ye brought us up to Egypt to die in the wilderness?"

It seems Prince wanted to lead everyone to a land of artistic freedom, spiritual redemption and "real music."

"U best get your house in order," Sonny T. adds. "And get back in the music books."